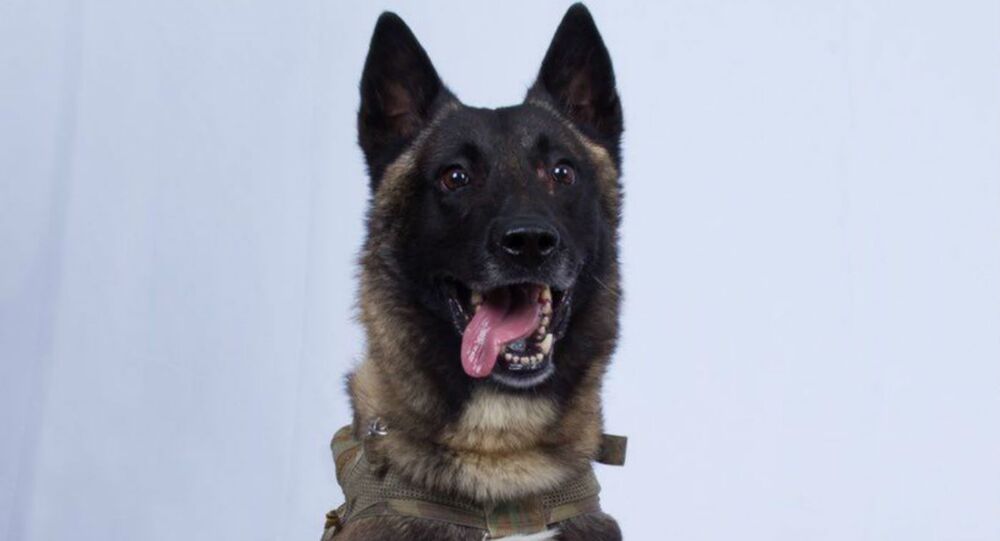 Conan is the nickname of a military dog which took part in and was injured during the US military operation in north Syria against the leader and founder of Daesh* Abu al-Baghdadi that resulted in his death on 26 October.

US President Donald Trump said on Wednesday in a political campaign rally in Monroe, Louisiana, that Conan would attend the White House ‘very soon’.

"He's coming to the White House very soon… I said, 'bring him now,' they said, 'He's on a mission.' I said, 'You gotta be kidding. Come on, give him couple of days rest, please,” said Trump.

Trump called the dog, which he claims got injured while taking down Daesh’s leader al-Baghdadi, a great hero.

"You know who the real hero is, forget about Trump, the dog was the great hero, Conan," Trump remarked.

While celebrating the dog’s heroism, Trump sent a message to the fighters of the terrorist group, whom he referred to as ‘bloodthirsty savages’, that they “don't stand a chance against the might of the United States military”

On 27 October, Trump announced that Daesh* leader Abu Bakr al-Baghdadi had been killed in a raid executed by US Special Operations Forces in Syria’s Idlib province.

‘Conan the Dog Got More Publicity Than Me’, Trump Says as He Praises US Raid to Destroy Baghdadi

Turkey Confirms Capture of al-Baghdadi's Sister, Calls It 'Success' in Fight Against Terrorism