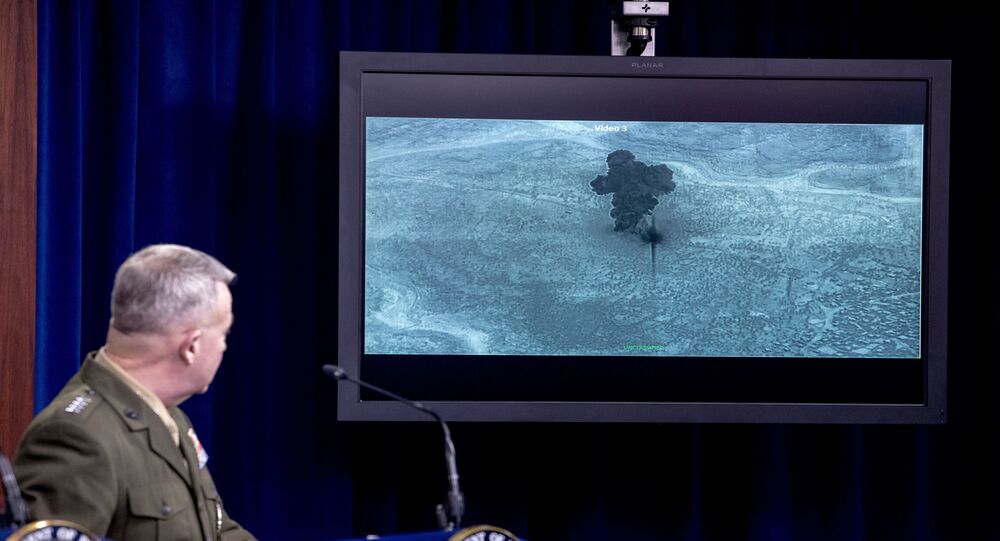 US President Donald Trump provided a particularly colourful account of Baghdadi’s death, who apparently blew himself up last Saturday in his hide-out in Syria during a nighttime raid by American troops.

Daesh* chief Abu Bakr al-Baghdadi “died like a dog” after trying to escape down “a dead-end tunnel, whimpering and crying and screaming all the way”.

He “spent his last moments in utter fear, in total panic and dread, terrified of the American forces bearing down on him”.

That’s the detail Donald Trump offered on Sunday morning – hours after the self-styled 'caliph', cornered by US forces in northern Syria, allegedly ended his life by detonating a suicide vest. Apparently, nobody else was ever made aware of these details.

Pressed specifically on the “whimpering” line on Monday, Defence Secretary Mark Esper and Head of the Joint Chiefs of Staff Mark Milley both failed to corroborate Trump’s account.

Esper said he didn’t “have those details” while Milley said he knew that Trump “had planned to talk to ... unit members, but I don't know what the source of that was”.

It is possible that Trump spoke directly with some of the troops who carried out the raid, but the question remains whether the top commanders could be left out of such a conversation.

The New York Times reports that the drone footage of the raid which aired in the Situation Room had no audio, which means Trump couldn’t hear Baghdadi’s voice while watching the footage in real time.

“I don't know how he would know that,” an unnamed official “briefed extensively” on the matter told the newspaper. “It sounds like something he made up.”

Gen. McKenzie Jr, the head of US Central Command who oversaw the operation, said of Baghdadi’s last moments: “He crawled into a hole with two small children and blew himself up while his people stayed on the ground. You can deduce what kind of person it is based on that activity.”

However, he admitted he wasn’t able to “confirm anything else about his last seconds”, including the whimpering. “We believe Baghdadi actually may have fired from his hole in his last moments,” he added.

Replying to a request for comment, White House Press Secretary Stephanie Grisham refused to “get into any of the operational details of how the president receives information”.

“Is it not possible to just celebrate that a terrorist, murderer, and rapist has been killed?” she wrote in an emailed statement to the NYT, while not confirming whether Donald Trump’s account was true.

*Daesh, aka ISIS/ISIL/Islamic State, is a terrorist group outlawed in Russia, the United States and numerous other countries.