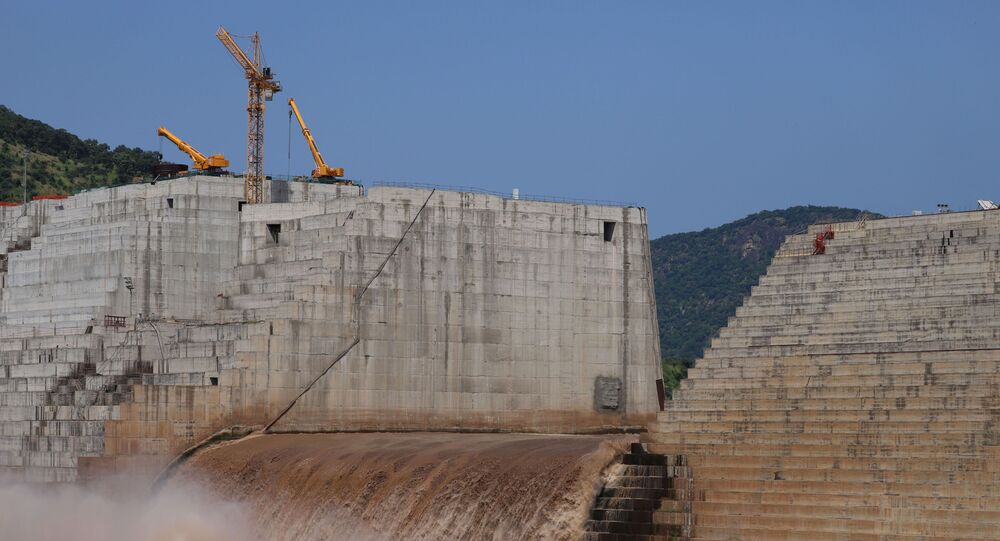 The Trump administration offered to host talks on 6 November between officials from Egypt, Sudan and Ethiopia to settle the dispute over the Grand Ethiopian Renaissance Dam (GERD).

Earlier, Sisi expressed confidence that the talks under the auspices of the United States would lead to success in finding solutions to the disputed dam.

Since 2012, Ethiopia has been building what would become Africa's largest hydroelectric power plant when completed.

Experts believe that when the GERD is launched, it will inevitably lead to water shortages in downstream-located Sudan and Egypt. The three states have held over a dozen talks since the start of the construction but the disagreements persist.

The controversy spiked earlier this year after media misquoted Ethiopian Prime Minister Abiy Ahmed as declaring his country's readiness to wage war, if needed, to defend its right for the GERD construction.

On 24 October, Sisi and Ethiopia's Ahmed agreed to resume negotiations, in particular by resuming "the operation of the independent technical negotiating commission in a more open and positive format." The agreement was reached at the Russia-Africa Summit and Economic Forum in Sochi.