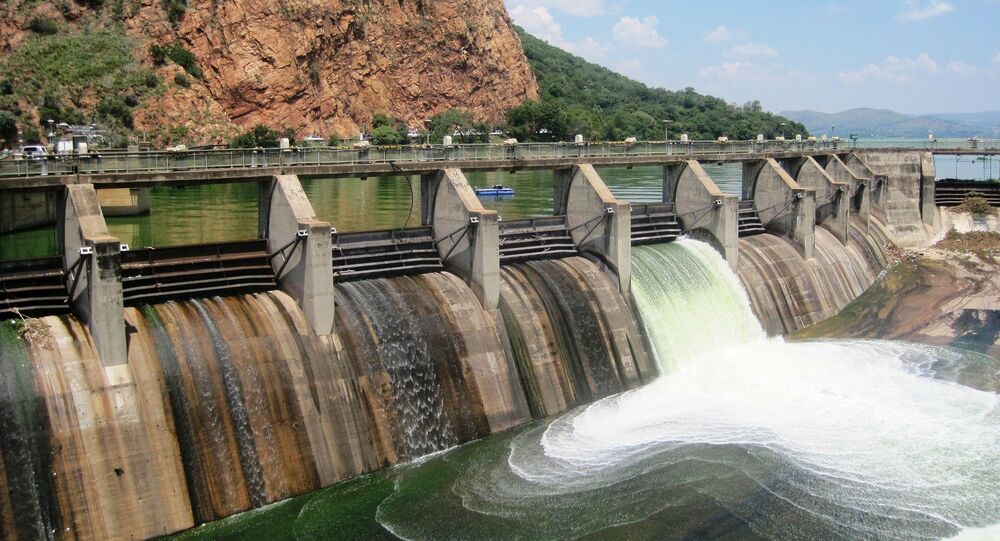 Earlier, the project was stalled by construction delays and criticism from Cairo, which specifically expressed concern that Ethiopia's planned Grand Renaissance Dam would reduce the flow of freshwater from the River Nile to Egyptian territory.

The €3.3 billion ($4 billion) Grand Renaissance Dam, the largest hydroelectric project in Africa, is due to start initial operations in December 2020, according to Ethiopian Water and Energy Minister Seleshi Bekele.

"750 megawatts is the planned initial production with two turbines. The government expected the dam to be fully operational by the end of 2022", Bekele told the country's parliament.

At the same time, he admitted that Metals and Engineering Corporation (METEC), an Ethiopian military conglomerate which is building turbines for the dam, has only completed 23 percent of the work.

Bekele singled out other construction delays, saying that "purchased generators, turbines and other equipment are scattered in ports and other places, meaning more costs".

The statement came after Ethiopian state media reported on Wednesday that the government had inked a deal with GE Hydro France, a unit of GE Renewables, in a bid to facilitate the completion of the dam.

Last August, Ethiopian Prime Minister Abiy Ahmed decided to cancel a METEC contract, noting that not a single turbine was operational more than seven years after the government endorsed the contract. The announcement was followed by the arrest of dozens of senior METEC officials in a corruption crackdown initiated by Abiy.

© Photo : Mohamed7799
Egypt and Ethiopia Agree to Avoid Clash over Huge Nile River Dam
The Grand Renaissance Dam is being built on the Blue Nile, one of the tributaries of the river which has served as Egypt's main source of water for consumption, industry and farming since the dawn of history. Cairo has long worried that the dam may slash the flow of freshwater from the Nile to its territory.

Addis Ababa rejects the allegations, insisting that it wants to preserve Egypt's rights to the Nile after the construction of the dam, which Ethiopia hopes may transform it into a key energy hub in Africa.

According to the World Bank, about 70 percent of the population of Ethiopia lives without electricity. The lender says that this impacts basic services, as "only 24 percent of primary schools and 30 percent of health clinics have access to electricity".

In November 2017, Ethiopia launched the National Electrification Program (NEP), an ambitious, comprehensive plan to provide the population with universal access to electricity by 2025.