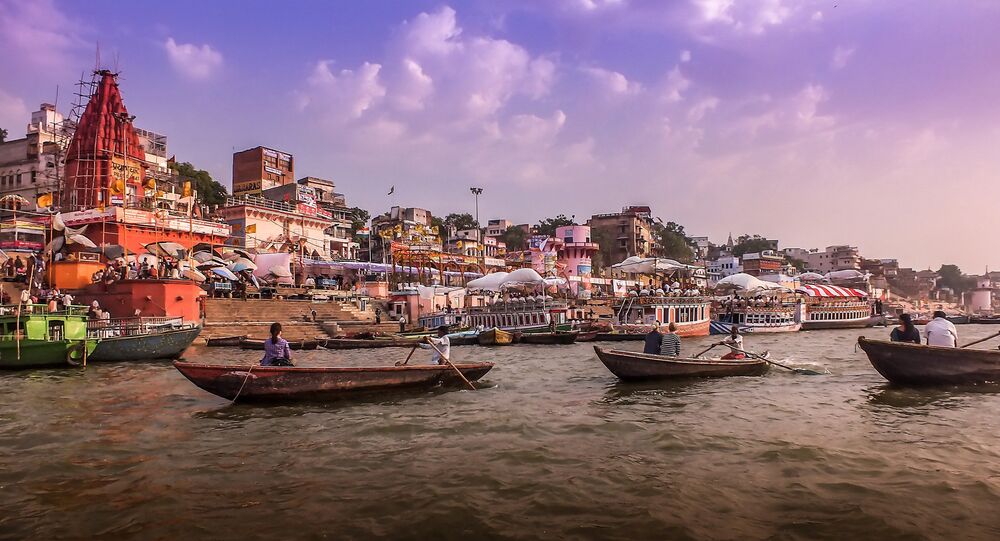 In hopes of diverting water from flood-prone areas to those vulnerable to drought, India plans to link large rivers in the Himalayas and Deccan Peninsula in a 12,500-kilometer-long network.

© AFP 2021 / Prakash SINGH
Drought Woes: Farmers Forced to Cancel Marriages in Arid India
The project, supported by Prime Minister Narendra Modi, aims at connecting 14 rivers in north India and 16 in the country’s western, central and southern parts with 30 mega-canals and 3,000 dams. Its primary goal is to reduce droughts and floods and create 35 million hectares of arable land in the process, as well as the means to generate 34,000 megawatts of hydropower.

But environmental experts are concerned that the initiative will do much more harm to India than it will do good.

First, they claim, it has to be taken into account that climate change has caused changes in rainfall patterns with unpredictable effects on water flow, and that setting in stone a huge new canal network at such an unstable period wouldn’t be a wise decision.

"What may appear as water deficient today may become water surplus in the future due to climate change," said Sachin Gunthe of Indian Institute of Technology in Madras, as cited by New Scientist. "So, how do you justify inter-linking?"

Geologists also note that pushing rivers around through the Inter Linking of Rivers (ILR) could damage agriculture, as farmlands have been built over centuries in naturally born floodplains and near river deltas.

© AP Photo / Channi Anand
Is India Serious About Water War With Pakistan?
And while the initiative is targeted at reducing floods, it completely disregards the fact that flooding carries huge volumes of silt that helps reduce coastal erosion.

What’s more, the ILR scheme will require constructing vast reservoirs to control and store water, according to director of Delhi-based NGO, the Centre for Science and Environment, Sunita Narain, and these reservoirs will displace hundreds of thousands of people.

Wildlife will also severely suffer, as even the scheme’s pilot project would only be possible at the cost of destroying an estimated 4,100 hectares of forest, likely including 58 square kilometers of the Panna Tiger Reserve.

Despite all the alerts by environmental activists, the government seems determined, and work on the pilot-link is likely to start any time soon.

India to Get its Version of Madame Tussauds