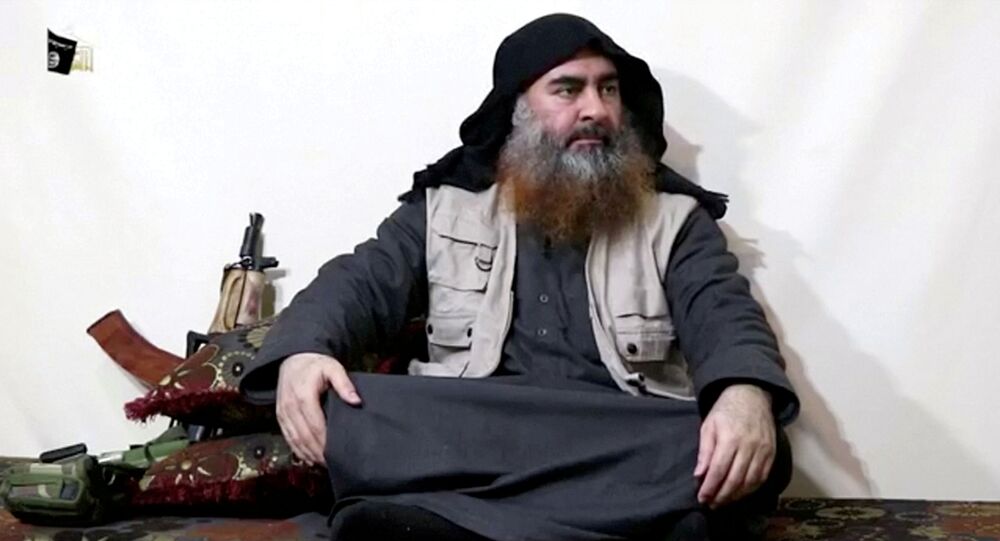 American actress Jamie Lee Curtis criticized US President Donald Trump on Twitter after he said that Daesh leader Abu Bakr al-Baghdadi “died like a dog” during a US special forces operation that led to the terrorist’s demise in Syria's Idlib on October 26.

During a news conference Sunday morning, Trump confirmed that Baghdadi had died after he detonated a suicide vest following a chase by an American K-9 unit.

“A brutal killer, one who has caused so much hardship and death, has violently been eliminated,” the president said during the news conference. “He will never again harm another innocent man, woman or child. He died like a dog. He died like a coward. The world is now a much safer place.” Trump also said that Baghdadi “died after running into a dead-end tunnel, whimpering and crying and screaming all the way.”

In a now-deleted tweet posted Sunday, Curtis criticized Trump for likening Baghdadi to a dog, also noting that the Daesh leader suffered when his suicide vest detonated.

"He may have died a coward @realDonaldTrump but ALL living things suffer when they are blown up," the actress tweeted. "Anyone who has experienced warfare, unlike yourself, would know that. War is brutal. Dogs are brave, bold, loyal, loving and healing.”

According to the Washington Times, Curtis was slammed by thousands of Twitter users for supposedly sympathizing with the Daesh leader. After deleting the tweet, she published a post expressing her support for the US military and law enforcement agencies.

​Curtis, however, wasn’t the only individual to lambast Trump over his weekend presser. Washington Post columnist Max Boot also criticized Trump for calling Baghdadi a "coward.”

"A president who has never heard a shot fired in anger reveled in Baghdadi's last moments, even claiming 'he died like a coward ... whimpering and crying and screaming all the way.' Trump could not possibly have heard ‘whimpering and crying’ on the overhead imagery because there was no audio," Boot wrote in a Monday opinion piece. "The assertion that Baghdadi died as a coward was, in any case, contradicted by the fact that rather than be captured, he blew himself up."

However, Boot later modified his article so that it wouldn’t “wrongly convey” the impression that he “considered al-Baghdadi courageous.”

Conway: WaPo Obituary for al-Baghdadi Wouldn't be as 'Kind' if He Worked at the Trump White House

Russia Has No Official Confirmation of Al-Baghdadi Elimination - Kremlin Spokesman