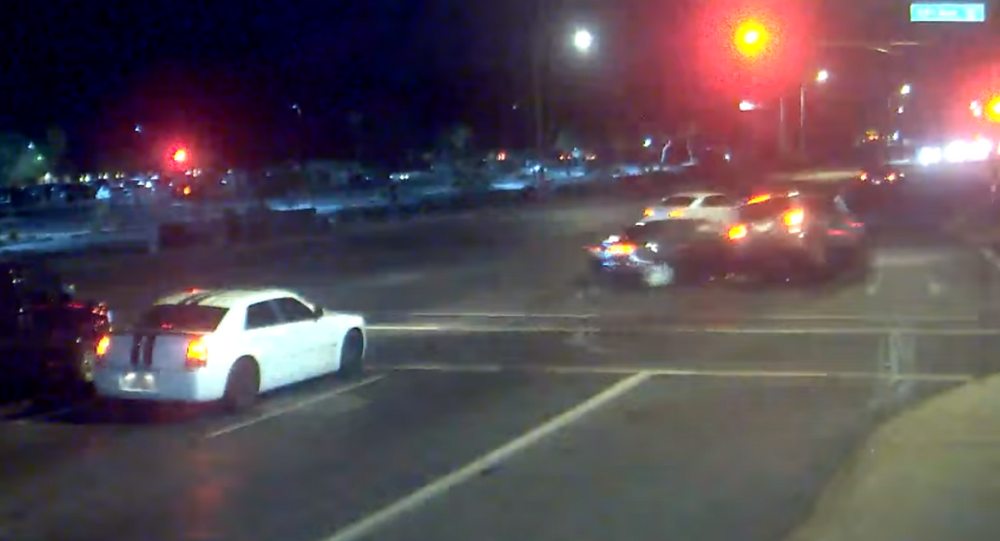 A family in Phoenix, Arizona, recently had a close encounter with death after a driver ran a red light while the trio were attempting to make their way across a crosswalk.

Video shared by the Phoenix Police Department Wednesday shows the family - with a child in a stroller - patiently waiting for their turn to cross the street; however, disaster strikes when 28-year-old Ernesto Oveso runs a red light.

As luck would have it, just seconds before Oveso would’ve struck the family, a Chevy Cruz smashes into Oveso’s Jeep, sending it out of the camera’s frame. The Chevy vehicle was traveling lawfully through the green light when the Jeep cut across its path.

After the massive collision, video shows the family running across the crosswalk to safety.

“An angel in the form of a Chevy Cruz may have saved the lives of a couple pushing a stroller through a Phoenix crosswalk at 53rd Ave & Indian School,” reads a statement issued by the police department.

According to police, Oveso was later arrested on DUI and aggravated assault charges, which were in connection to his decision to stab the doors of a car that followed him after he left the scene of the October 14 collision. A prohibited possession charge was added against Oveso after police discovered a firearm in his vehicle.

As for the driver of the Chevy Cruz, she did not suffer life-threatening injuries, police said.