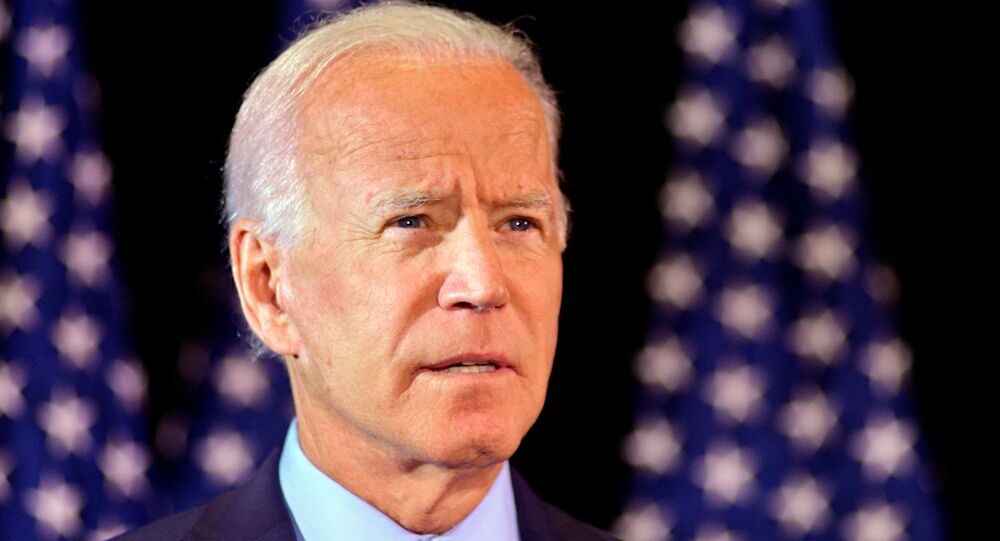 Donald Trump was widely criticised for referring to an ongoing impeachment inquiry against him as a “lynching” – a term that is often perceived as racially charged – especially by his presidential rival Joe Biden, who himself has used the word on occasion, as was recently discovered by the media.

Former US Vice President Joe Biden was forced to apologise for referring to the impeachment of Bill Clinton as a “partisan lynching” in a 1998 interview that was recently revealed by CNN. The word is often viewed as racially charged in the US, as it refers historically to the extrajudicial killings of black people by white mobs in the US during the 19th-20th centuries.

Biden wrote on his Twitter account that it was not “the right” word to use in 1998, when he said about the Bill Clinton impeachment proceedings that “even if the president should be impeached, history is going to question whether or not this was just a partisan lynching or whether or not it was something that in fact met the standard…”.

This wasn’t the right word to use and I’m sorry about that. Trump on the other hand chose his words deliberately today in his use of the word lynching and continues to stoke racial divides in this country daily. https://t.co/mHfFC8HluZ

​The comments came following Biden’s Tuesday attack on Donald Trump, who called the ongoing impeachment inquiry against him - launched by the House Democrats following a whistleblower complaint - “a lynching”. Biden slammed Trump for using the word, as he stated that the US has a “dark history” with lynching and that comparing impeachment to it is “abhorrent”.

Impeachment is not "lynching," it is part of our Constitution. Our country has a dark, shameful history with lynching, and to even think about making this comparison is abhorrent. It's despicable. https://t.co/QcC25vhNeb

​Despite offering a public apology for his apparent double standard, 2020 Democratic presidential candidate Biden still slammed Donald Trump for his “deliberate” use of the term, while implying that he had simply misspoken.

Donald Trump has strongly criticised the impeachment probe that was launched against him by the Democrat-controlled House of Representatives on 24 September. The inquiry was based on a whistleblower complaint that alleged that Donald Trump had abused his presidential power to pressure Ukrainian President Volodymyr Zelensky during their 25 July phone call into investigating Joe Biden’s involvement in Ukraine’s internal affairs. Both Trump and Zelensky denied any pressure being made during the phone conversation.

The latest impeachment attempt in the White House was carried against Bill Clinton in relation to his affair with Monica Lewinsky and allegations of perjury. However, the Senate did not gather enough support to remove the president from power at the time.