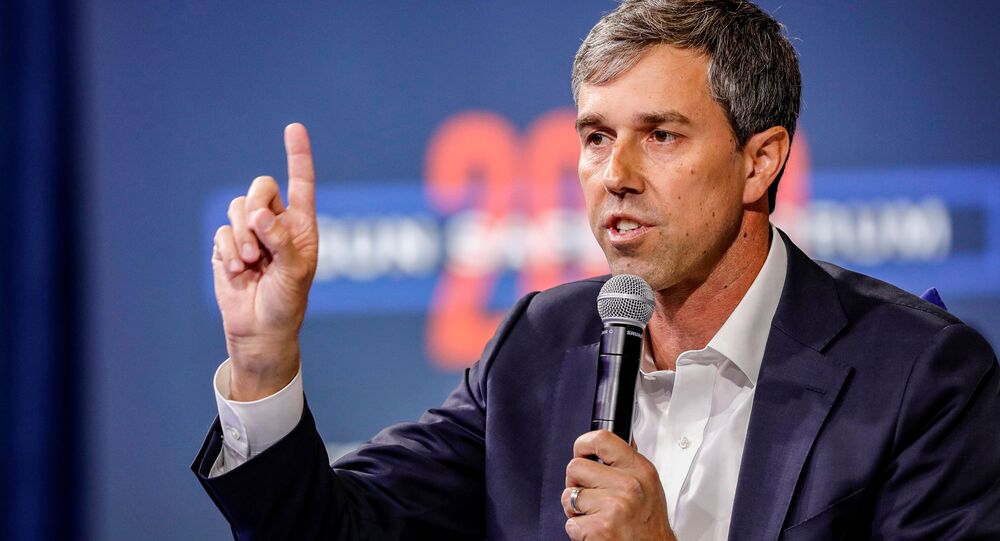 The former Texas congressman and Donald Trump have more than once exchanged barbs over their differing political agendas, with POTUS, most recently, referring to the Democrats, including O’Rourke as “crazy” following his calls to ban assault weapons and introduce mandatory buybacks of existing ones.

"President Trump, perhaps inspired by Goebbels and the propagandists of the Third Reich, seems to employ this tactic that the bigger the lie, the more obscene the injustice, the more dizzying the pace of this bizarre behaviour, the less likely we are to be able to do something about it”, he said, arguing the president’s manner is used to “normalise” the president’s moodiness and well-known outspokenness. He also lauded the ongoing formal proceedings against POTUS:

"I'm so grateful that not only is the House moving forward with impeachment, but... It's a good sign that he was caught, that he was stopped -- that he can no longer normalise the behaviour that we've seen so far”.

The first lines of his comments that brought up the Nazi propagandist even triggered a double check with the anchor, who chose to ask again:

"Did I hear you correctly say that perhaps [Trump] was influenced by Goebbels and the Third Reich in terms of telling a big lie? I just want to make sure that's what I heard you say”, Al Sharpton questioned, with O’Rourke nodding his head and going on to ponder about what he sees as similarities between the Third Reich and the current occupants of the White House:

"There is so much that is resonant of the Third Reich in this administration, whether it is attempting to ban all people of one religion and saying that Muslims are somehow inherently dangerous or defective or disqualified -- outside of Nazi Germany, it's hard for me to find another modern democracy that had the audacity to say something like this”.

He further dwelled on the big lie strategy:

"And then, this idea from Goebbels and Hitler that the bigger the lie and the more often you repeat it, the more likely people are to believe it. That is Donald Trump to a T”, the Democratic presidential candidate added, saying the message that “he is sending is being picked up by Americans who are willing to work that hatred and racism”.

At a packed stadium in Dallas on Thursday, President Trump lamented the “crazy” Democrats running against him, accusing former Texas congressman O’Rourke of trying to get rid of guns and religion, following the latter’s gun proposal in the wake of the El Paso shooting that left 22 people dead.

Meanwhile, House Speaker Nancy Pelosi (D-CA) told reporters Tuesday that she will not call a full vote in the House of Representatives "at this time" to officially begin the impeachment inquiry into US President Donald Trump, who called the proceedings a new round of “witch hunt garbage”. Several Republicans have called out the motives behind the investigation and demanded a full House vote in the name of democracy.

"President Trump and his administration cannot participate in your partisan and unconstitutional inquiry under these circumstances”, White House counsel Pat Cipollone said in an 8 October letter to House Democrats.

Trump has also been outspoken about recent developments: he condemned the duration of the impeachment probe hearings and called for more "transparency" in a Tuesday tweet.