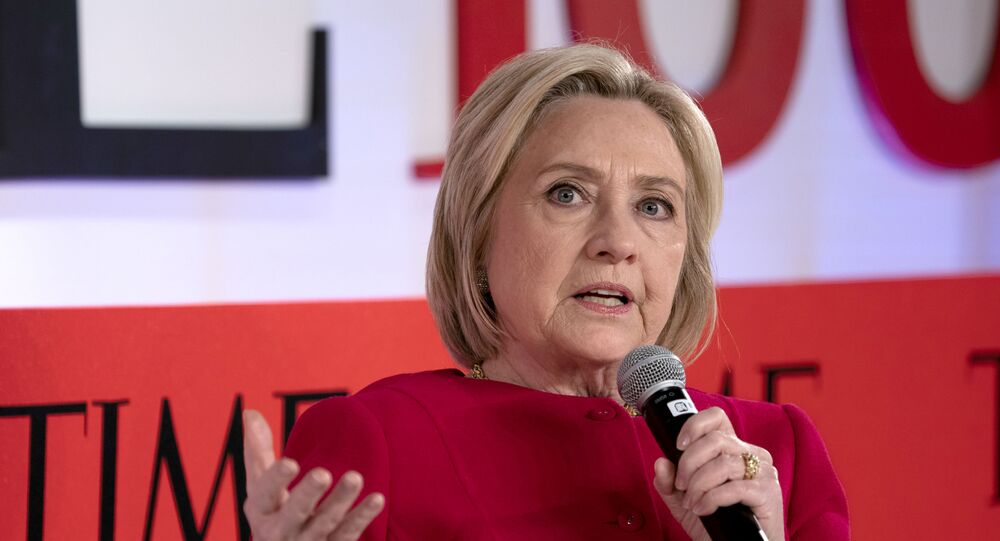 The future Prime Minister gave Hillary a poisonous critique in 2007, which did not prevent the two from meeting at the Clinton Foundation in Manhattan in 2015.

Former US Secretary of State Hillary Clinton minced no words in her opinion of the UK Prime Minister, Boris Johnson, as she spoke in an interview for this week’s issue of The Sunday Times Magazine.

Speaking in the interview, Clinton dismissed Johnson as a “grandstander” and a “blowhard,” adding that she’s “very full of himself,” as cited by The New York Times.

She compared the Prime Minister to US President Trump, to whom she she lost the 2016 presidential election, saying both leaders adhere to a “playbook of wannabe authoritarians” and claimed both of them show a “total disregard for facts.”

“I thought he was a grandstander,” Clinton said, speaking about her meeting with Johnson during his tenure as a mayor of London. “I knew Trump [before he became president] and I thought the same thing. A kind of blowhard, a blustering guy.”

She scolded Johnson for calling himself a “hero” in his fight for the UK exit from the European Union and a “champion” of the people against the government.

“I fear for your country,” she said. “If anyone says he’s a hero to anyone other than himself, I really worry.”

Neither Trump nor Johnson are fans of Hillary. Trump has long adopted the adjective “crooked” to his former Democratic rival, and coined the infamous “lock her up” chant, Johnson in his 2007 article called the former first lady “a sadistic nurse in a mental hospital,” The Post noted.

“She represents, on the face of it, everything I came into politics to oppose: not just a general desire to raise taxes and nationalize things, but an all-round purse-lipped political correctness,” Johnson complained at the time. “She’s got dyed blonde hair and pouty lips, and a steely blue stare, like a sadistic nurse in a mental hospital.”

It should be noted, however, that in 2015 Johnson retracted his comments about Clinton.

“It is an amazing measure of the goodness and generosity of Hillary Clinton’s spirit that she wants to see us in spite of those admittedly light-hearted remarks some years ago,” Johnson said after the meeting at the Clinton Foundation in Manhattan. “Secretary Clinton was extremely kind and gracious and in so far as the subject came up she was said she was pleased by some aspects of the article.”