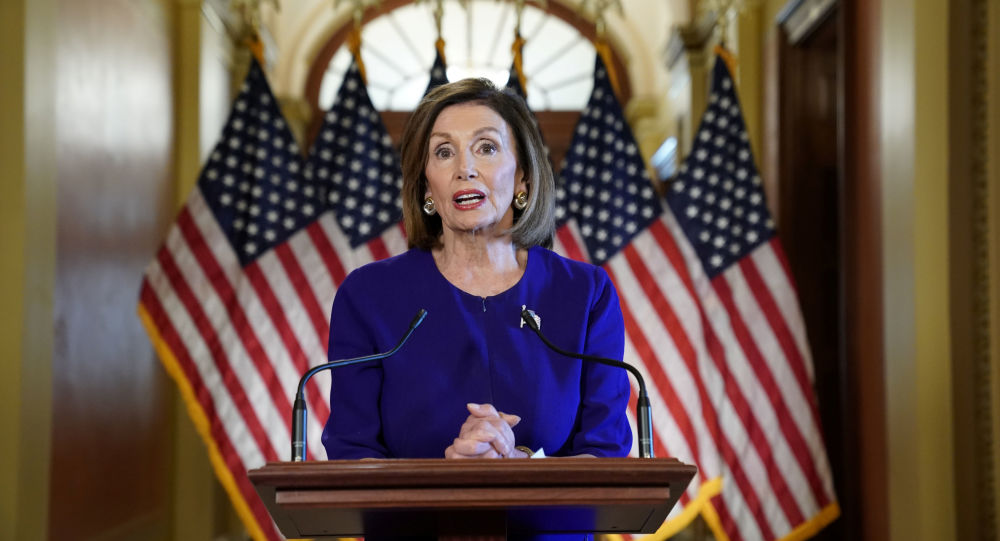 Earlier this month, House Speaker Nancy Pelosi referred to the US Constitution when rejecting a request by her Republican colleague Kevin McCarthy, who suggested that the impeachment inquiry against President Donald Trump should be temporarily suspended.

Louisiana Republican congressman Ralph Abraham has introduced a resolution aimed to expel House Speaker Nancy Pelosi, in a move that comes amid the ongoing impeachment proceedings against President Trump. It remains unclear whether the resolution will finally be passed in the House, which is controlled by the Democrats.

In a statement on Tuesday, Abraham slammed Pelosi’s “vicious crusade against our lawfully-elected President” as “nothing more than a politically-motivated witch hunt” which he said “must be stopped”.

“She has disgraced the people's House and weaponised the Speaker’s gavel for her party’s political gain,” he claimed.

Abraham accused House Democrats of spending “nearly three years obsessed with election meddling only to dwarf any such efforts with their own deceitful plan to nullify the 2016 election and prevent President Trump from winning in 2020.”

“I have introduced a resolution calling for her to be expelled from the House and for the Speaker's Office to be vacated,” he concluded.

Abraham’s move comes about a week after Pelosi nixed House Minority Leader Kevin McCarthy’s earlier request to “suspend all efforts” on the House Speaker’s impeachment inquiry against Trump “until transparent and equitable rules and procedures are established to govern the inquiry, as is customary”.

Pelosi responded by claiming that McCarthy’s request has no basis in the US Constitution and that the Democrats “take a solemn oath to support and defend the Constitution against all enemies, foreign and domestic”.

“The existing rules of the House provide House committees with full authority to conduct investigations for all matters under their jurisdiction, including impeachment investigations. There is no requirement under the Constitution, under House rules, or House precedent that the whole House vote before proceeding with an impeachment inquiry,” she noted.

Pelosi announced the beginning of the probe on 24 September after a complaint was filed by a government whistleblower alleging an abuse of power by the US President during his telephone phone conversation with Ukrainian counterpart Volodymyr Zelensky.

In the course of the phone call, the transcript of which was released by the White House, Trump allegedly threatened to withdraw almost $400 million in aid to Ukraine and pressured Zelensky into launching a corruption investigation into US presidential candidate Joe Biden and his son Hunter.

Trump, for his part, rejected the impeachment probe as “nonsense”, “witch-hunt garbage” and a “coup” which he tweeted is “intended to take away the power of the people, their vote,  their freedoms, […] and and their God-given rights as a citizen of the United States of America”.