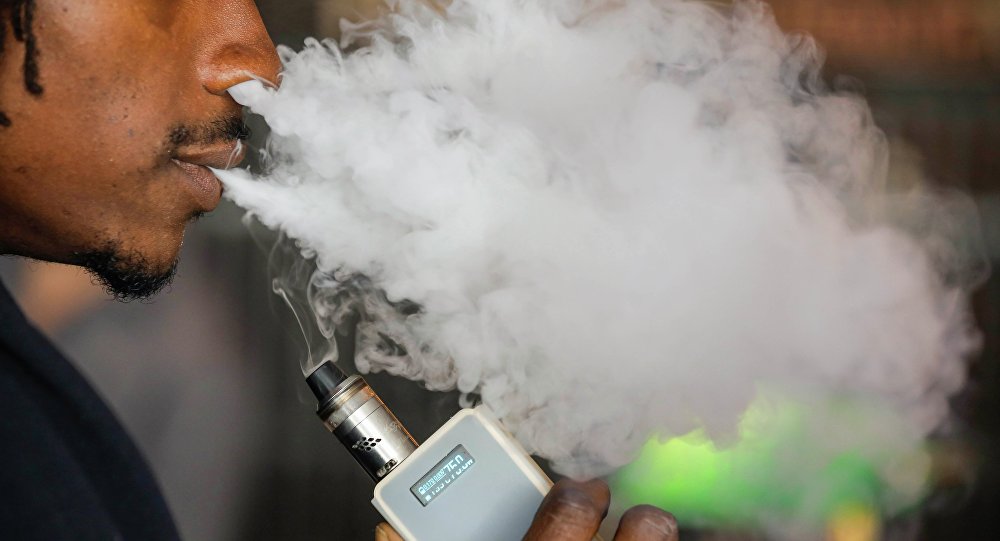 Anne Schuchat, the principal deputy director of the US' Centers for Disease Control and Prevention, revealed during a Thursday conference call that a total of 18 individuals have been confirmed as dying from vaping-related illnesses within the US across 15 states.

However, death toll figures are likely to increase as officials investigations are underway on the matter.

Schuchat also noted during the call that 1,080 accounts of lung-related sickness have surfaced in confirmed cases where affected persons were using electronic cigarettes. Cases noted in the call were cited as coming from 48 US states and the Virgin Islands.

“We haven’t seen a measurable drop in the occurrences of new cases,” Schuchat said of the latest collected information, which saw an increase of 275 cases over the last week. “The data that we’ve seen doesn’t suggest it has peaked, it doesn’t suggest this is declining.”

The official went on to note that of the 578 cases where doctors knew exactly what patients were using, 78% said they had used THC products, the active ingredient in marijuana. Another 17% of individuals said that exclusively used nicotine products.

The latest figures come weeks after the Trump administration revealed that it would ban the sale of most flavored e-cigarettes in an effort to curb the count of affected Americans dying from vaping-related illness. “We can’t allow people get sick, and we can’t have our youth be so affected," US President Donald Trump said at the time.

Schuchat's figures also comes as several states, including New York, Michigan and even the city of San Francisco, have moved to ban flavored products.

Walmart Will Quit E-Cigarette, Vaping Devices Due to Health Risks