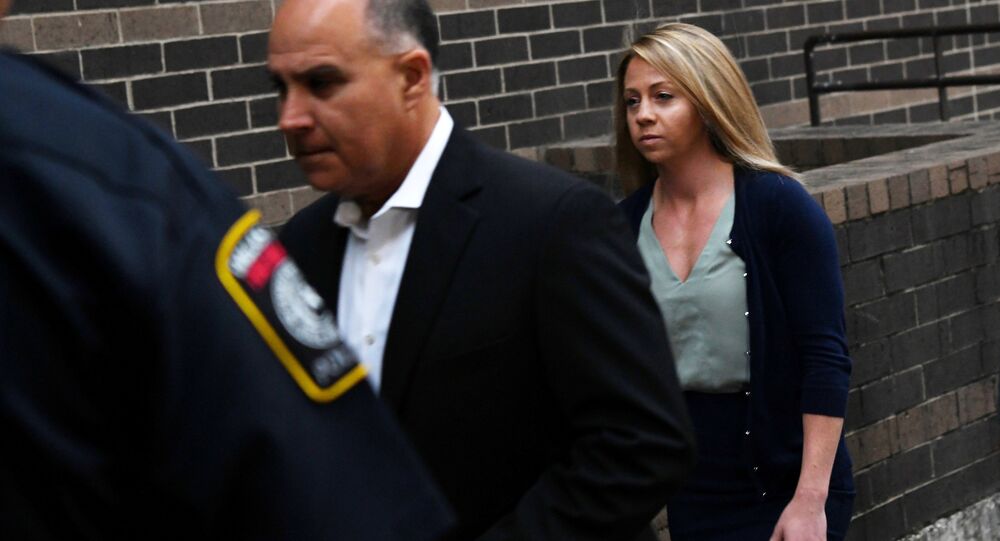 Amber Guyger, a former officer with the Dallas Police Department who was found guilty Tuesday of murder, was sentenced to 10 years in prison on Wednesday for the September 2018 killing of her neighbor, 26-year-old Botham Jean.

The sentencing phase of Guyger’s trial began Tuesday afternoon, hours after jurors found the former police officer guilty of murder, which carries a prison term between five years and life. She is not eligible for probation.

The first witness to take the stand for the sentencing phase was Allison Jean, the deceased’s mother. “My life has not been the same. It’s just been like a roller coaster. I can’t sleep, I cannot eat. It’s just been the most terrible time for me,” she said in the courtroom.

Allison Jean, Botham’s sister, also took the stand, telling those present that her family’s world has been turned upside down. “It’s like the light behind his eyes is off,” she said of their father, Bertram.

Bertram spoke to the courtroom on Wednesday. He recalled the times he spent with his son, noting that his “life has not been the same,” since the events that unfolded on that September day.

Guyger spent the night in the Dallas County Jail after the first day of the trial’s sentencing phase came to a close on Tuesday.

S. Lee Merritt, the lawyer representing Jean’s family, told reporters outside the courtroom that the Tuesday murder conviction against a cop was a “huge victory” for not just the family, but also “for black people in America.”

"It's a signal that the tide is going to change here," he told reporters. "Police officers are going to be held accountable for their actions and we believe that will begin to change policing culture all over the world."

Guyger fatally shot Jean on September 6, 2018, moments after clocking out for the day. The shooting unfolded after Guyger, who was still in uniform, returned to her Dallas apartment complex, and mistakenly walked to the floor above her apartment.

Having arrived at what she believed to be her door, she entered the home and shortly thereafter discharged her firearm, believing there was an intruder in her apartment. However, Guyger had actually entered Jean’s apartment. He died at the scene.

Guyger was placed on administrative leave from the police department three days after the murder, and was booted from the service later that month after an internal investigation concluded that she had “engaged in adverse conduct” when killing Jean, according to ABC News. A murder indictment against Guyger was issued in late November 2018.