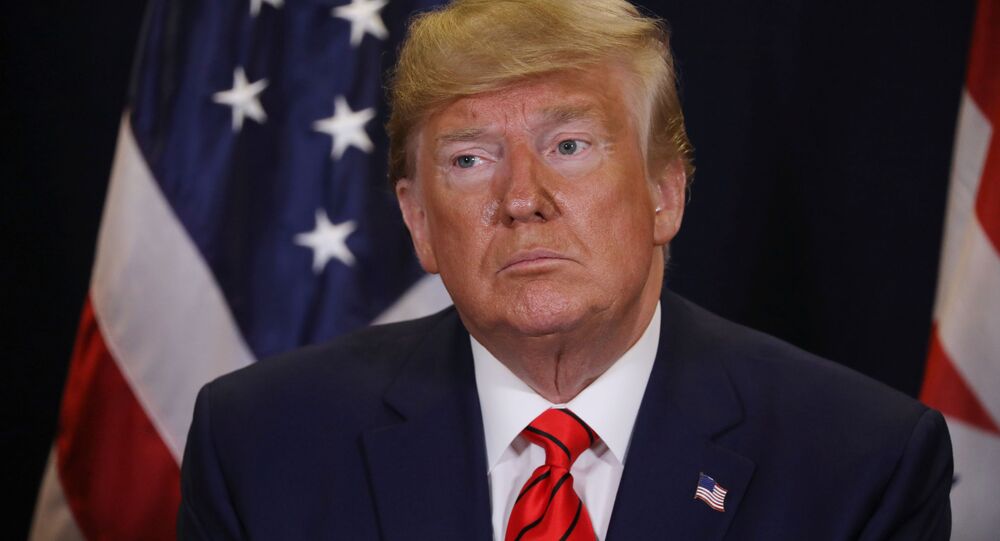 Impeachment Inquiry Explained: What Would It Take to Bring Down Donald Trump?

Thirty-two months into Donald Trump’s presidency, the Democratic dam has broken and an official impeachment inquiry has been launched into POTUS, setting up a dramatic constitutional clash as the country heads towards a new election.

In the latest political crisis in the United States, and perhaps the biggest in the past three years, Nancy Pelosi, the Democratic Speaker of the House, announced on Tuesday the opening of formal impeachment proceedings against Donald Trump.

Why is Trump Being Impeached?

It emerged last week that an intelligence official had lodged a whistleblower complaint with the inspector general for the intelligence community, centring on Donald Trump’s July phone call with Ukraine’s new president, Volodymyr Zelensky.

The whistleblower’s identity and the details of the complaint are still unknown to the public, but there has been word of Trump bullying Zelensky to investigate the son of Joe Biden, Hunter, who had ties with Burisma Holdings, a major Ukrainian energy company. The move could damage Joe Biden as Trump’s potential rival in the 2020 election.

Ukraine had previously launched a criminal investigation into Burisma’s founder, former minister of natural resources Mykola Zlochevsky, on charges of money laundering. The case has been dropped and re-opened over the past years and is currently inactive.

Donald Trump claims that Ukraine had laundered money for Hunter Biden, and reportedly urged Zelensky to reopen the probe. There is suspicion that he had temporarily held back $400 million in congressionally-approved military aid to Ukraine in the days leading up to the call as leverage to pressure Zelensky.

Trump has acknowledged that he touched upon Biden and corruption allegations during the call. The president maintained, however, that it was not a tactic to pressure Zelensky to dig up some dirt on the Bidens; his rationale on withholding funds has shifted in the past several days from concerns about corruption in Ukraine’s government to frustration about the European Union’s alleged lack of spending on Ukraine.

To sum it up, the concern among the US lawmakers is that Trump may have abused his power in this case to damage his political opponent.

Additionally, six congressional committees – Foreign Affairs, Judiciary, Financial Services, Intelligence, Ways and Means, and Oversight – have already been looking into whether Donald Trump had obstructed justice in the Mueller probe, whether he inflated a financial statement and whether he violated campaign finance laws.

Nancy Pelosy has instructed these committees to go on with their investigations, which may also contribute to the impeachment proceedings.

How Does Impeachment Work?

Impeachment is the process by which Congress levels charges and tries a government official (although proceedings can be requested by a non-member, i.e. a special prosecutor or president).

The US Constitution says a government official, including a president, can be removed from office for “treason” and “bribery”, as well as “other high crimes and misdemeanours”, and the abuse of power may qualify as such.

The impeachment process begins in the House of Representatives, the lower house of Congress, which investigates the alleged wrongdoings. An impeachment inquiry is typically conducted by the House Judiciary Committee.

The times have found us. The actions taken to date by the President have seriously violated the Constitution. It is for this reason that the House of Representatives is moving forward with an official impeachment inquiry. pic.twitter.com/cHq7zgKJ1g

The committee then decides whether the wrongdoings constitute an impeachable offence. If that’s the case, it lays out the grounds for impeachment, known as ‘articles of impeachment’, and submits them to the House, which must pass them to the Senate by majority vote, much like it does with the bills.

The US Senate tries the person being impeached and then holds a vote to convict the official. A two-thirds majority is needed to convict the accused and remove them from office.

In 1868, the House approved 11 articles of impeachment against President Andrew Johnson, primarily surrounding the alleged violation of the Tenure of Office Act, designed to limit the president’s executive power. The Senate vote fell short of the two-thirds majority and Johnson remained in office.

An impeachment process was formally initiated against Richard Nixon in 1974 following the Watergate scandal, but the president resigned before the trial to avoid being impeached.

In 1998, senators failed to convict Bill Clinton on either of the two charges related to the Monica Lewinsky case.

Is Trump Going to be Impeached?

A resolution to impeach Trump will likely get through the House, where the Democrats have a majority – but they would have to persuade at least 20 Republican senators to vote for his conviction.

Donald Trump exerts a giant gravitational pull on his party; he is far ahead of his rivals in the 2020 primary polls and has an approval rating of some 45 percent, so impeaching him would most certainly hurt the GOP's chances to win next year. This means that a unified Republican party will probably be challenging any attempts to impeach their leader.

Nancy Pelosi has long ruled out impeaching Trump, although the two-year Mueller probe provided plenty of chances to do so. Impeachment has not been popular among voters in polling so far, and Pelosi believed that an attempt to oust a president without a broad public support would backfire against the Democrats.

Now, she may be thinking that the recent allegations will shift public opinion, but the problem of the Republican backing is still in place.