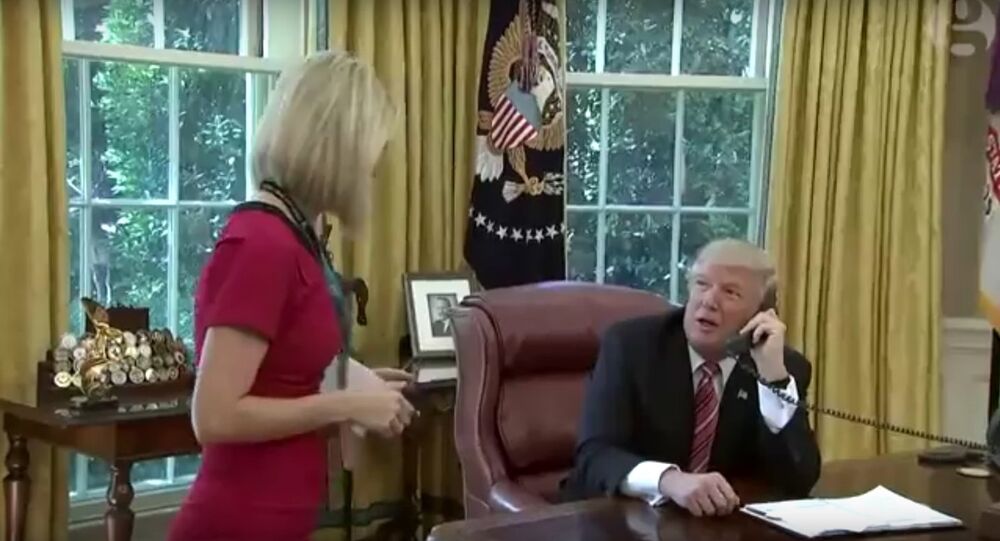 WASHINGTON (Sputnik) – Kiev has given the green light to the release of a transcript of a controversial July phone conversation between US President Donald Trump and Ukrainian President Volodymyr Zelensky, Trump announced.

"Secretary of State Pompeo received permission from Ukraine Government to release the transcript of the telephone call I had with their President. They don’t know either what the big deal is. A total Witch Hunt Scam by the Democrats!" Trump tweeted on Tuesday.

Secretary of State Pompeo recieved [sic] permission from Ukraine Government to release the transcript of the telephone call I had with their President. They don’t know either what the big deal is. A total Witch Hunt Scam by the Democrats!

Last week, US media reported that a government whistleblower had filed a complaint after Trump, during a July phone call, allegedly pressed Ukraine's President Volodymyr Zelensky to investigate the son of former Vice President Joe Biden for possible corruption.

Lawmakers demanded that the Trump administration provide more information about the call.

Earlier on Tuesday, Trump said he had authorized the release of the full transcript of his phone call with Zelensky and denied any wrongdoing.

Rumors surrounding the phone call have prompted fresh calls for Trump's impeachment, with many Democratic lawmakers calling the conversation an attempt to get Ukraine to interfere in the upcoming US presidential election in which Biden is regarded by some as a top contender for the Democratic nomination.

Weeding Out the Distractions in the Ukraine-Biden News