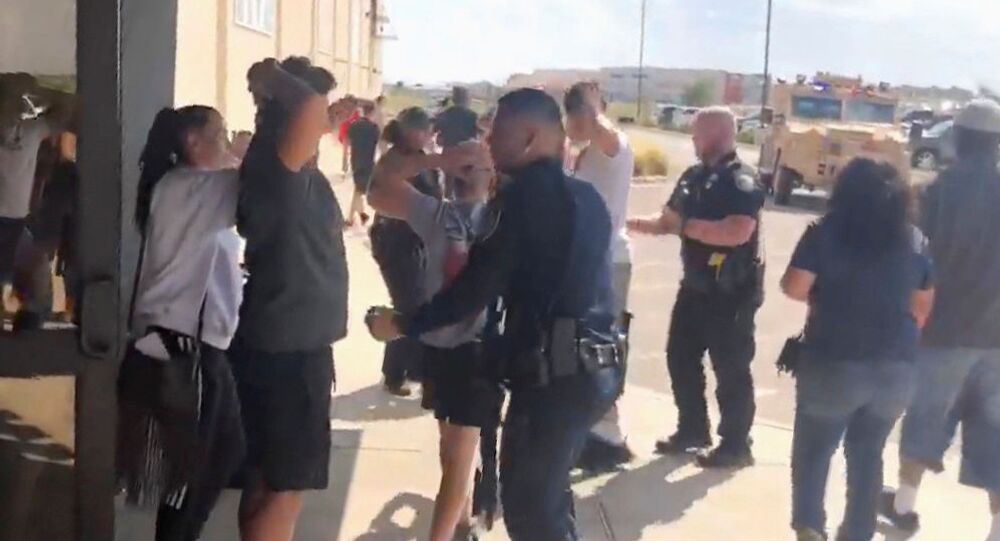 An eyewitness to the deadly mass shooting in west Texas on Saturday afternoon has revealed that it took police less than a minute to take down the gunman.

Alex Woods has recorded a viral video showing the final moments of the shooter as police approached him near a movie theatre in Odessa.

“When the shooting began, it took about 15 seconds before it all stopped,” he added. “Everyone in Odessa, Texas is shocked, but we'd like to thank our first responders for putting their lives on the line and taking care of the situation.

According to local officials, the shooting started in the city of Midland, some 32 kilometers away from Odessa, after the gunman wounded a state trooper with a rifle who attempted to pull him over for a traffic stop.

The suspect fled the scene and drove toward Odessa, where he hijacked a mail truck and shot multiple people at random, including both civilians and police.

He was surrounded and killed by police officers in the area behind the Cinergy movie theater complex after crashing into a parked vehicle.

The shooter was reportedly identified as a white male in his thirties. There has been no word on his motives so far. Police said five people were killed and 21 injured, but it's not clear whether that number included the shooter.

Donald Trump said he was briefed on the Texas shootings and that the FBI and law enforcement were “fully engaged”.

The massacre prompted an outcry from a number of politicians, including 2020 Democratic candidates, who called for the adoption of gun safety legislation.