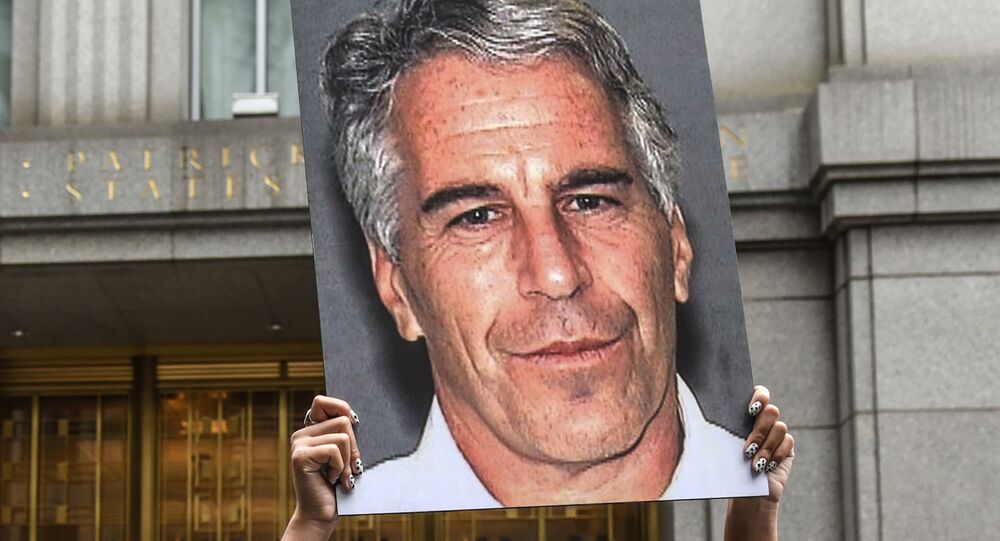 As more details emerge regarding the mysterious death of Jeffrey Epstein, more filthy rumors appear about the social circle of the accused sex trafficker, while journalists continue to probe the dubious past of the pedophile who has been linked to many famous and powerful people, including US Presidents Bill Clinton and Donald Trump.

According to The Daily Beast, Epstein’s closest friend, French-based model agent Jean-Luc Brunel, 72, allegedly scouted underage girls and farmed them out to Epstein and others.

For years prior to the pedophile's reported suicide, Brunel was one of the accused sex trafficker’s most frequent associates, the media report says.

The French model scout also visited Epstein nearly 70 times in jail, according to visitor logs, and several more times while the convicted sex offender was on house arrest in Palm Beach, The Daily Beast said.

Virginia Roberts - now Giuffre - one of the first victims to speak out against Epstein after he was granted a plea deal, claimed that Brunel was one of many powerful men she was forced to sleep with in her years as Epstein’s “sex slave”, The Daily Beast reported, citing legal filings.

Giuffre also accused the alleged French pimp Brunel of using his agency to find girls overseas, arrange all the legal travelling documents for them, and “farm them out to his friends, including Epstein”, according to the media report.

“A lot of the girls came from poor countries or poor backgrounds, and he lured them in with a promise of making good money [..] Jeffrey Epstein has told me that he has slept with over 1,000 of Brunel’s girls, and everything that I have seen confirms this claim”, Giuffre said in a 2015 affidavit, cited by The Daily Beast.

"My assumption was that Jean-Luc Brunel got the girls from Eastern Europe (as he procured many young foreign girls for Epstein). They were young and European looking and sounding", Giuffre concluded, according to the media report.

A former employee of Brunel's model agency, Martiza Vasquez, accused the French scout of similar wrongdoing, The Daily Beast continued. Vasquez reportedly worked as a bookkeeper for Brunel between 2003-2006. He told US authorities that his boss had employed scouts to bring in minors from South America, Europe and the former Soviet Union. The most desirable of those underage girls were reportedly housed in Epstein’s Upper East Side apartments and then loaned out to wealthy clients for up to $100,000 a night, The Daily Beast said.

Thysia Huisman, a Dutch model, revealed to French-based media earlier this week that at some point Brunel gave her a drink that made her feel dizzy and then brought her into his bedroom and assaulted her.

“I remember he was on me, I tried to push him away and the noise when he ripped my clothes [...] Then it's the black hole. I woke up in bed. I was totally disoriented. I went to collect my belongings in the room where I slept and I went directly to the station to leave Paris”, Huisman told the Liberation, according to The Daily Mail.

Charges of sexual misconduct have reportedly followed Brunel since before he met American pedophile Epstein. According to The Daily Beast, citing Michael Gross’ 1995 book Model, several of Brunel’s peers described him as a playboy known for preying on young women.

Representatives for Epstein and Brunel's agency have long denied having business relationship, The Daily Beast said. Brunel, however, reportedly admitted in court filings that the American pedophile once extended him a $1 million letter of credit which the French model scout used to invest in a new venture with Elite Models in Paris.

This venture, meanwhile, fell apart after Elite Models learned of the sex-trafficking allegations against Jeffrey Epstein, according to Brunel, the media report said.

Several outlets reported earlier, cited by The Daily Beast, that the Federal Bureau of Investigations (FBI) has been probing Brunel for a long time, but no charges reportedly emerged.

The French modeling agent reportedly sued Epstein in 2015, claiming the allegations had destroyed his agency’s reputation and caused him a “tremendous loss of business”, according to The Daily Beast.

“I strongly deny having committed any illicit act or any wrongdoing in the course of my work as a scouter or model agencies manager”, Brunel said in a 2015 statement, adding that “I have exercised with the utmost ethical standard for almost 40 years", according to The Daily Beast.

At least two people, however, have reportedly claimed that Brunel not only knew about the sex trafficking - he was an active participant, The Daily Beast said.