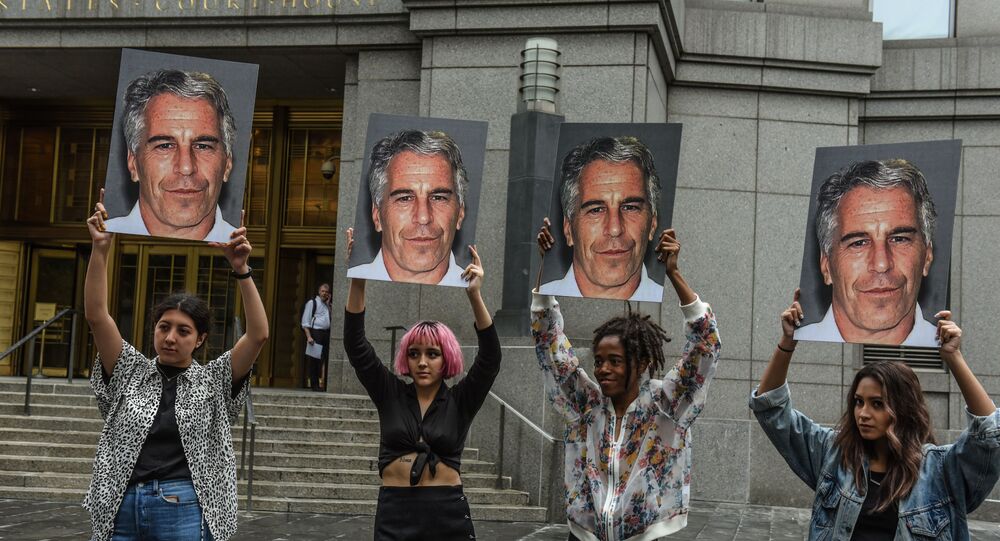 WASHINGTON (Sputnik) - The correctional system in the United States is broken and in need of reform in the wake of the accused sex trafficker Jeffrey Epstein’s reported suicide, Tyrone Covington, a senior official with the federal prison workers' union Council of Prison Locals C-33, told Sputnik.

"We have a correctional system that is broken," Covington, who used to work at New York's Metropolitan Correctional Center where Epstein was found dead on Saturday, said. "The staff within the system is overly tasked, working hours on end of overtime, mandated overtime. When you work these many hours you cannot function correctly. We have been calling the alarm on this for a long time. … This is not an isolated incident."

On Saturday, media reported that Epstein committed suicide at the Metropolitan Correctional Center where he had been held ahead of his pending trial on charges of sex trafficking of minors.

US Attorney General William Barr said on Monday that the Justice Department had learned of "serious irregularities" at the Metropolitan Correctional Center.

An autopsy report found that Epstein had multiple broken bones in his neck, the Washington Post reported on Wednesday.

The autopsy report further fuels ongoing suspicions about Epstein's death, given that he was linked to many famous and powerful people and inexplicably taken off suicide watch despite reportedly trying to kill himself just weeks earlier in a facility constructed to make suicide difficult.

"I wasn't surprised by a suicide taking place in prison. These things happen, unfortunately," Covington said.

Covington said Epstein's death should alarm the public about the problem of staffing at federal prisons across the United States.

"This type of stuff that happened here in New York can come to a theatre near you, and it could be something that’s absolutely worse," Covington said. "We were hoping the public, Congress and the White House see this and do what's right."

Police have been investigating Epstein for nearly two decades and arrested him in 2005 for molesting an underage girl. Epstein served a sentence of 13 months.