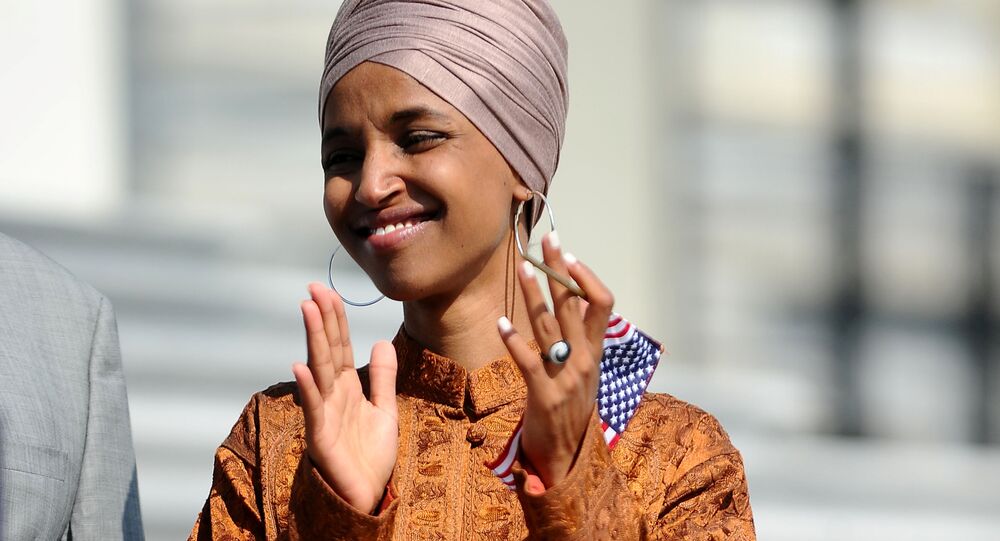 Former Miss Iraq Sarah Idan provoked the criticism of Rep. Ilhan Omar on Thursday after the lawmaker learned that Idan distanced herself from the freshman Democrat in an interview.

Idan, who has been living in the US for nearly eight years now, said in an interview with "The Sara Carter Show" that she felt more at home in America than in Iraq and that she no longer saw US soldiers or Israel as “evil forces,” although she had been taught to think that way since childhood. However, she said, she was concerned with US opinion leaders like Rep. Ilhan Omar.

The news reached Omar, the Minnesota Congresswoman, who stressed that she wasn't the beauty queen's representative since she didn't live in her congressional district.

Hey, I might be wrong but I don’t think you are a #MN05 resident and like that makes be not your representative 🤷🏽‍♀️ pic.twitter.com/9DmMFtljKh

"Seriously @IlhanMN this is your intellectual come back?" she asked. "I said as a MUSLIM! I dont stand for your anti-American, anti-Semitic, Muslim Brotherhood agenda using this democracy to further YOUR & YOUR FRIENDS Islamic socialism goals of dividing & weakening our country," she wrote.

Seriously @IlhanMN this is your intellectual come back?
I said as a MUSLIM! I dont stand for your anti-American, anti-Semitic, Muslim Brotherhood agenda using this democracy to further YOUR & YOUR FRIENDS Islamic socialism goals of dividing & weakening our country. @SaraCarterDC https://t.co/H4OYrdM9Y6 pic.twitter.com/7CuYDy44DF

Omar didn’t respond to the former beauty queen directly, yet signalled her approval of a tweet saying that she represents only Americans in her own district.

During her interview, Idan also said it was sad that many people take for granted the freedom they have in the United States and that women like Omar and Rep. Rashida Tlaib exploit liberals' focus on diversity by attacking the country as they "feed on the sympathy of people."