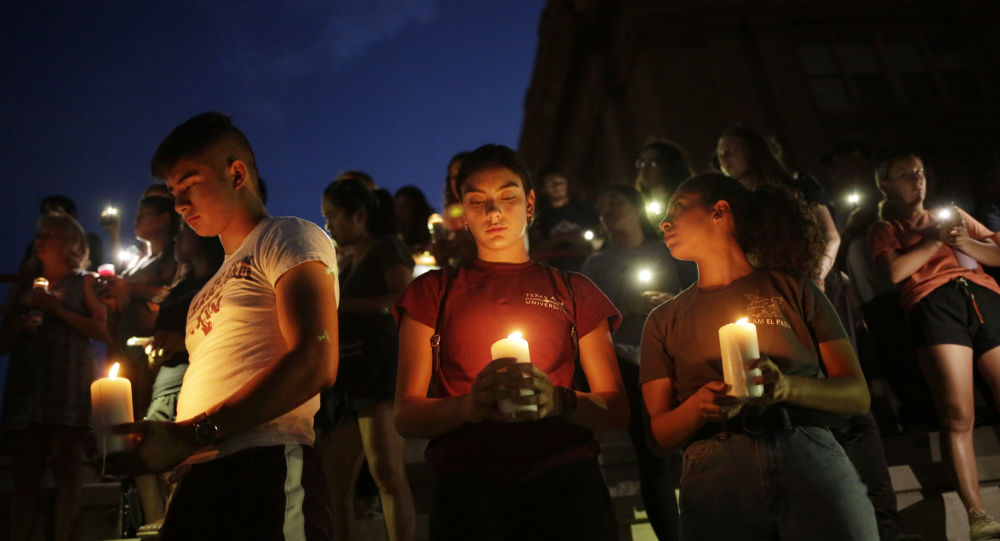 A man went on a shooting spree at an El Paso shopping centre on 3 August, gunning down 20 people and injuring 26. Six Mexicans reportedly died and seven were wounded in the attack.

Mexico’s Foreign Minister Marcelo Ebrard said Sunday his country regards the El Paso mass shooting on 3 August as a "terrorist" act, reported AFP. Mexico's attorney general, according to him, was considering taking possible legal action to extradite the suspected shooter, who surrendered to the police.

"For Mexico, this individual is a terrorist," he said.

Seven of the 20 people attacked by the perpetrator of Saturday's shooting at a Walmart were Mexican.
Ebrard went on Twitter to say he would be going to El Paso to meet with those affected and “give them the full support of the Government of Mexico”.

​Ebrard added a suit would be filed at the Ministry against those responsible for selling the assault weapon to the shooter. He also called for a thorough inquiry into whether the authorities had been "aware of the potential of this individual".

Ebrard expressed "his deepest rejection and condemnation" of the "barbaric act" in El Paso.

Speaking at a public event in the central state of Michoacan, Mexico’s President Andres Manuel Lopez Obrador lambasted the indiscriminate use of weapons in the US, as he issued a firm demand that those responsible for the heinous crime be punished.

"The authorities must also assume responsibility in the event that excesses are allowed, such as the indiscriminate use of weapons," he said. Nothing is solved by violence and nothing is solved by what is called xenophobia, the hatred of foreigners, hatred of migrants," said Lopez Obrador.

On Monday Mexico is to deliver a diplomatic note to Washington, demanding that it "set a clear and forceful position against hate crimes."

A gunman opened fire at an El Paso shopping centre on the border with Mexico on Saturday, leaving 20 people dead and 26 others injured.

The population of El Paso is mostly Latino.

Six Mexicans reportedly died and seven were wounded in what authorities believe was a racially-motivated bout of violence. The gunman, identified in media as a 21-year-old white man Patrick Crusius, is reported to have posted a manifesto online, denouncing a "Hispanic invasion" of Texas.

The shooter is now facing capital murder charges, with authorities seeking the death penalty for him.