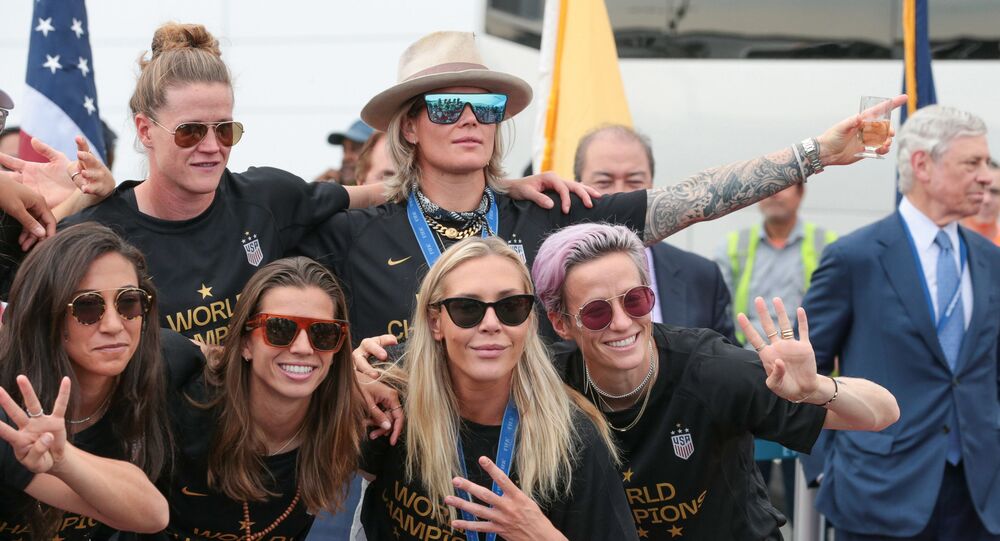 Earlier this year, the US women's team filed a lawsuit against the US Soccer Federation over years of alleged 'gender discrimination', seeking equal pay with their male colleagues.

The US Women's National Team has been paid more than the country's Men's National Team over the past decade: the women received $34.1 million in salaries and game bonuses, while the men were paid $26.4 million, the US Soccer president, Carlos Cordeiro, said in a letter released on Monday.

My letter and fact sheet to our soccer community about the @USWNT lawsuit. We’re committed to doing right by our women’s players, and I’m optimistic we can get this done. https://t.co/5bzV4KRFdm (1/2) pic.twitter.com/GYYnPH1Z7c

Cordeiro explained that the pay structures for male and female players are different but not because of gender. In fact, the women have a guaranteed salary plus bonuses for the matches while the men have no fixed salary and are only paid for the training camps they attend and the games they play, plus game bonuses. Apart from this, women players enjoy a package of benefits (for example, healthcare) that are not provided to the men, the US Soccer president said.

In March the US women's football team filed a lawsuit against the US Soccer Federation, accusing it of "institutionalised gender discrimination". According to the Guardian, this was not the first time that the team were in dispute over pay with its governing body. A previous complaint about alleged wage discrimination was filed in 2016.

The US men’s national soccer team reacted to Cordeiro's statement, disputing his assertion that the female players were paid more than their male counterparts from 2010 through 2018. They accused the US Soccer Federation of "downplaying contributions to the sport when it suits them."