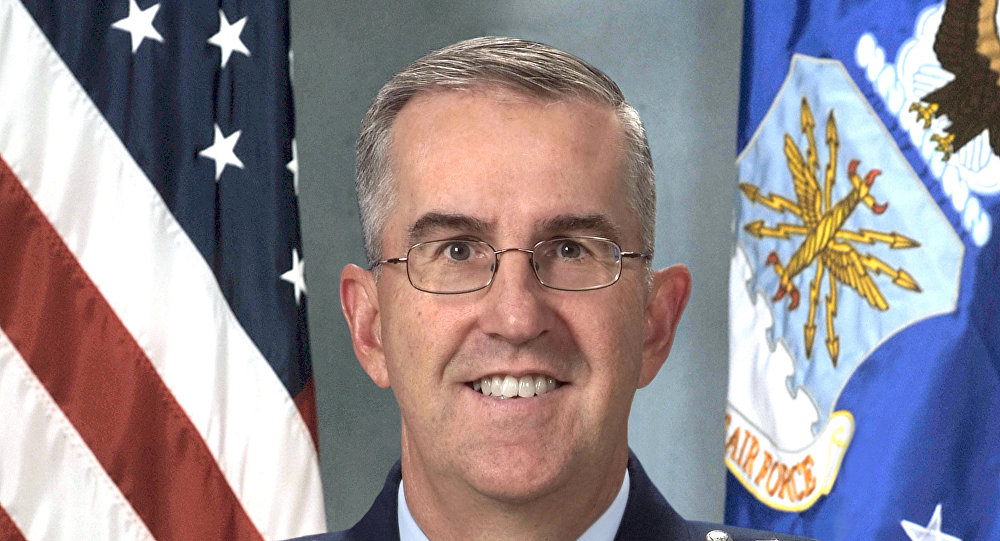 WASHINGTON (Sputnik) - The nominee to become the next Vice-Chairman of the US Joint Chiefs of Staff, Air Force General John Hyten, during a nomination hearing on Tuesday denied allegations of sexually assaulting a former aide.

"All the allegations are completely false," Hyten told the Senate Armed Services Committee. "They are categorically untrue."

Hyten’s former aide, Army Col. Kathryn Spletstoser, told multiple news agencies that the general made several unwanted sexual advances before assaulting her in a hotel in 2017.

When asked about sexual misconduct committed by other staffers at his headquarters Hyten said he assumed responsibility for everything that happened.

"We had a toxic leadership problem inside the command and I did not recognize it for a significant amount of time," the STRATCOM commander said.

During the same hearing, Senator Martha McSally said she was also a victim of sexual assault while serving in the US military and took the allegations against Hyten extremely seriously. However, the senator said she supported his nomination because the matter was thoroughly probed.

"As a result of the exhaustive investigation, I have full confidence in Gen. Hyten to be Vice Chairman of the Joint Chiefs of Staff," McSally said.

However, some lawmakers raised concerns about the way the investigation was conducted.

Earlier this week, US Senator Tammy Duckworth, a military veteran and member of the Armed Services Committee, told The Washington Post that investigators violated basic protocols for accused parties during the probe into the allegations against Hyten.