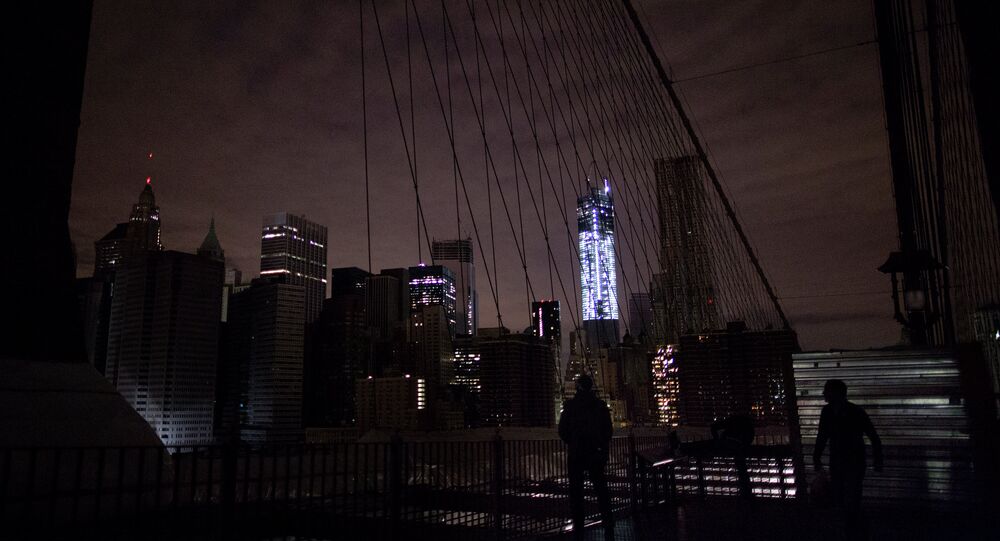 Over 70,000 customers of the Con Edison energy company were reportedly left without electricity for hours in New York City on Saturday. The company restored power and apologized for the incident following calls for a probe from Mayor Bill de Blasio and New York State Governor Andrew Cuomo, who called the outage "unacceptable".

Con Edison said in a Monday statement, cited by Fox Business, that the blackout occurred after a substation's relay protection system "did not operate as designed".

"That system detects electrical faults and directs circuit breakers to isolate and de-energize those faults. The relay protection system is designed with redundancies to provide high levels of reliability [...] In this case, primary and backup relay systems did not isolate a faulted 13,000-volt distribution cable at West 64th Street and West End Avenue", according to the statement, cited by the US-based media outlet.

The failure of the substation's relay protection system led to a "fault at the West 49th Street transmission substation", which triggered the outages, the utility company asserted. According to Fox Business, company representatives ruled out either cyber or physical acts of terrorism.

Earlier, Mayor de Blasio suggested that a downed tree that damaged wires could have caused the large-scale blackout in New York City, trapping many local residents without electricity in subway tunnels and elevators.

Notably, the blackout occurred on the 42nd anniversary of the infamous 13-14 July blackout in 1977, when a power outage took most of New York City and led to looting, arson, and other public disturbances.