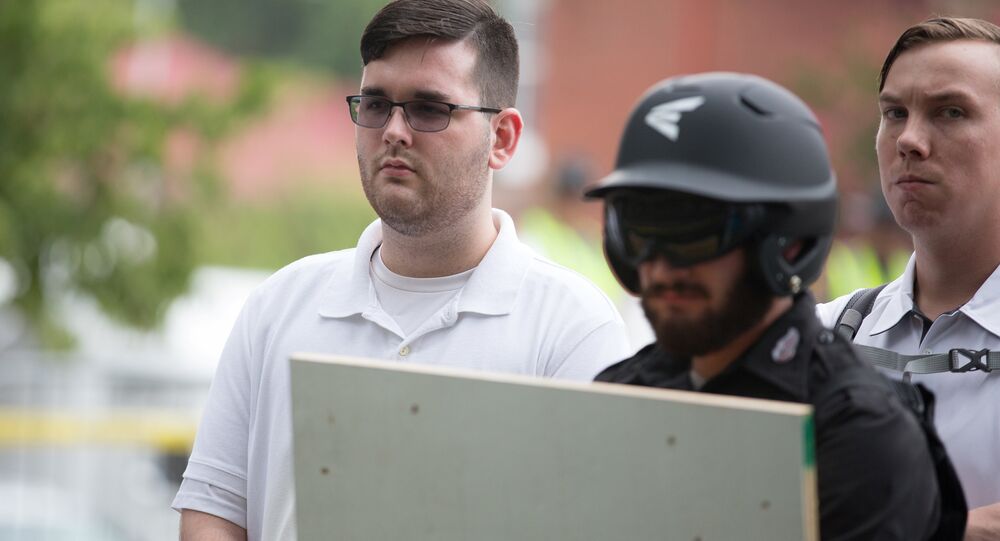 James Fields Jr., an avowed white nationalist who drove his car into a crowd of antifascist counter-protesters in Charlottesville, Virginia, in August 2017, was sentenced to life in prison on 29 federal counts of hate crimes Friday.

The 22-year-old's August 12, 2017, attack injured 35 people and killed one woman, Heather Heyer. Fields pleaded guilty to the 29 counts of federal hate crime charges in April as part of a plea bargain that saw a possible death penalty charge dropped from his case, the Washington Post reported.

“The defendant’s crimes were so horrendous, and the maiming of innocents so severe, that they outweigh any factors” that Fields might cite in seeking leniency, chief prosecutor Christopher R. Kavanaugh wrote in a sentencing memo. “This is particularly true in light of the fact that he has demonstrated that he feels no remorse for his actions and continues to espouse his hateful ideology.”

In a December 2017 phone call between Fields and his mother noted in Kavanaugh's filing, Fields told his mother about Heyer, "She is a communist ... An anti-white, liberal. . . . It’s not up for questioning. She’s the enemy.”

The incident occurred in Charlottesville during the "Unite the Right" protest that saw white nationalists, white supremacists and neo-Nazis of various stripes converge on the central Virginia city in defence of a statue of Confederate General Robert E. Lee that the city was preparing to remove. Lee commanded the armies of the southern US states when they attempted to secede from the US in an effort to preserve the institutionalized enslavement of black people in the 1861-65 American Civil War. Although the Confederacy lost the war and slavery was outlawed, both the movement and its leaders continue to be revered by racist and nationalist movements.

The protest saw mass counterprotests by antifascist demonstrators and the police did little to separate the two groups, with brawls, fistfights, beatings and even gunshots fired between the sides. However, the only death caused by the protest was Heyer's, as a result of Fields' car attack.

His sentence is due to be imposed on July 15.