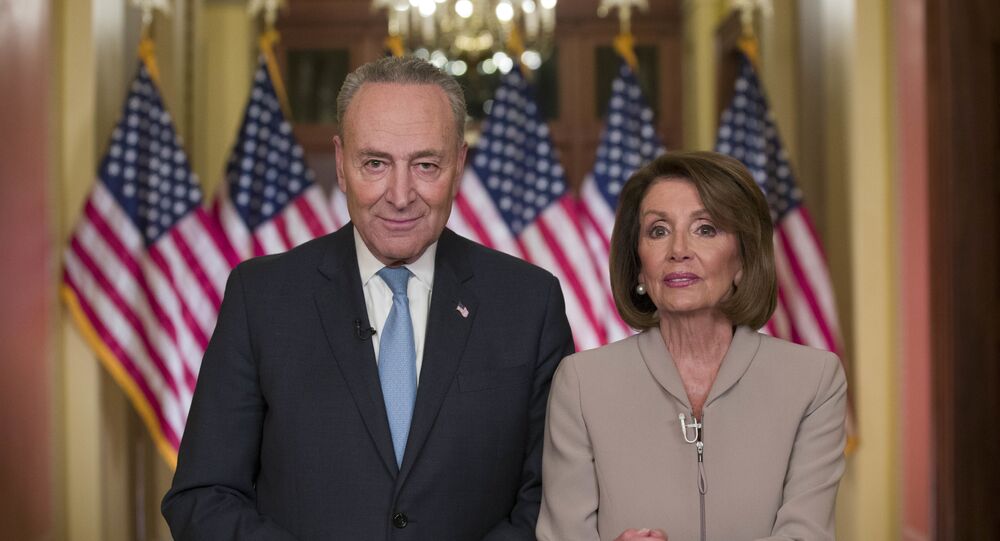 Following an Iranian shootdown of a US spy drone, federal lawmakers and leaders of the US military and intelligence communities met with US President Donald Trump for a closed-doors briefing on the incident at the White House.

Schumer told reporters following the meeting that "these conflicts have a way of escalating ... The president may not intend to go to war here, but we're worried that he and the administration may bumble into a war."

Earlier Thursday, Trump had said Iran "made a very big mistake" by shooting down a US RQ-4 Global Hawk surveillance drone and promised the public would "soon find out” whether or not the US will respond to the incident with force. The US claims the drone was over international waters at the time of the engagement, but Iran's Islamic Revolutionary Guard Corps (IRGC) says it was over the country's Hormuzgan Province.

Other lawmakers cautioned similar restraint. Pelosi reportedly told the president the US needs to "do everything in our power to de-escalate" the situation with Iran. It "requires a strong, smart, and strategic, not reckless, approach," she said, affirming her belief afterward that the drone was, indeed, shot down in international airspace.

Tensions are astronomically high in the Persian Gulf region as numerous explosions on tankers in the Gulf of Oman have been blamed on Iran by US leaders. The US has already deployed a carrier battle group and a B-52 Stratofortress strike force, along with missile defense systems and thousands of US troops to the region in recent weeks, claiming they are to dissuade planned attacks on US assets by Tehran. The Iranian government has denied such plans.