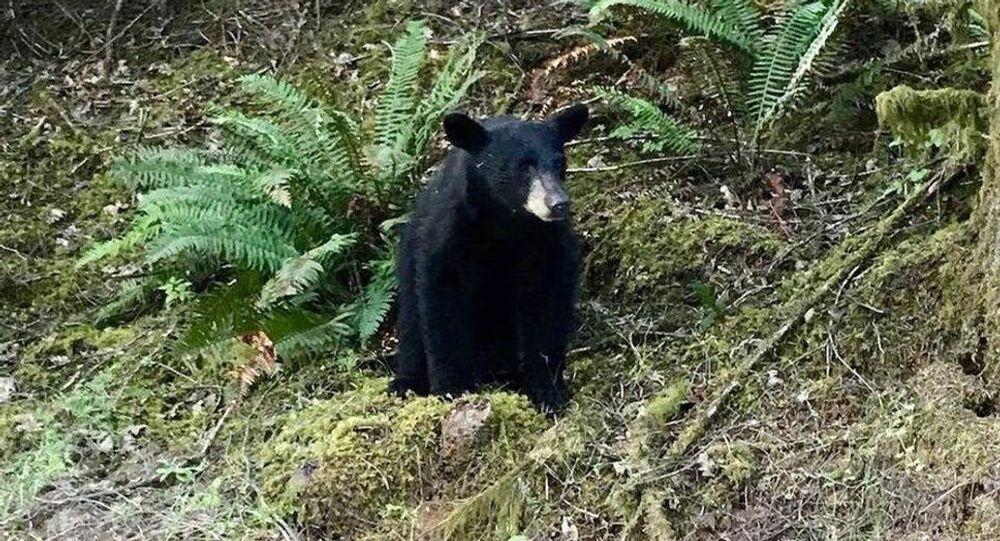 Bear Cub Shot Dead After Getting Too Friendly With Humans

As one wildlife biologist explained, the bear's death serves as a "classic example" of why these creatures should never be fed, no matter what.

A black bear cub was killed by local wildlife officials in Oregon after the creature became habituated to a certain area near Scoggins Valley Park where people frequently left food for it, CBS Portland affiliate KOIN-TV reports citing the Oregon Department of Fish and Wildlife.

According to the media outlet, people fed the bear foods like trail mix, sunflower seeds and cracked corn, and appeared in a number of selfies taken by people who visited the park.

As the wildlife experts explained, these circumstances made it difficult to relocate the bear as the creature became accustomed to humans, which also increased the probability of the bear becoming engaged in “dangerous interactions” with humans.

"This is a classic example of why we implore members of the public not to feed bears," said wildlife biologist Kurt Licence. "While the individuals who put food out for this bear may have had good intentions, bears should never, ever be fed".

Prior to the bear being killed, Washington County Sheriff's Office shared pictures of the animal online, warning people to stay away from the area while the relocation attempt was in progress.

Deputies are working to get this bear cub near Hagg Lake to go back into the woods... please stay away from the area near Boat Ramp A. pic.twitter.com/tI8m5yTbyk

​News of this development apparently did not sit well with many social media users, who wondered aloud whether the bear should've been simply relocated or moved to a zoo instead of being shot dead.

Why was relocation not an option? It couldn't have been taken to a zoo or wildlife reserve? Why did killing him have to be the only solution? This is such a disgusting thing ...

maybe they never heard of this concept where animals are actually kept in a safe area and fed regularly by humans - it's called a Zoo.

That is the sweetest, saddest looking Bear I've ever seen, there must've have been a dozen other options better than killing him - punish the people who were teasing, harassing and feeding him, not the poor bear. 😢🐻

Why did they have to kill him????!! Couldn’t they anesthetize him and relocate him? WTH?!!

A Hunting Trophy for the Den: Bear Steals Car Fridge