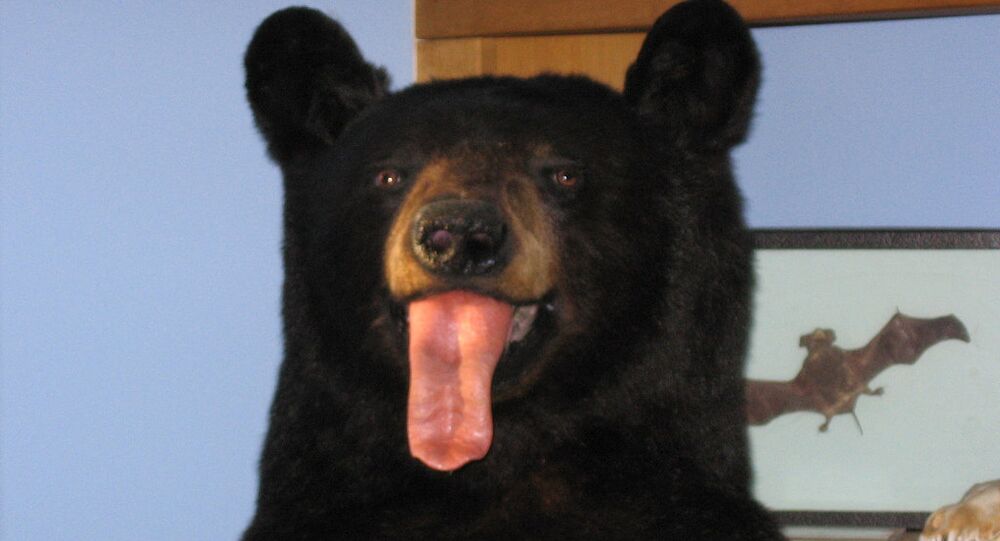 A resident of Russia's Republic of Tuva in southern Siberia fought off a bear, biting off part of the predator's tongue, a spokesperson for the Ministry of Internal Affairs of the republic said.

The incident occurred on 2 June; three men were in the forest on the territory of the Khutinsky nature reserve in the Pii-Khem district. They lit a fire, cooked food, and were collecting deer horns in the nearby forest.

© CC0
Wandering Wild Bear Creates Panic in South Indian Town (VIDEO)
One of the men had a surprise encounter with a bear. He began to shout loudly to frighten away the animal, but the predator attacked him. However, he proved to be no easy prey: he bit off part of the bear's tongue, causing it to retreat into the forest.

The man then managed to call his friends for help, and they, in turn, called for an ambulance. He was hospitalised with injuries to his face, head, hands, and abdomen.

The three men may have gone home with a story to tell their grandchildren, but they didn't manage to escape being fined for violating fire regulations.