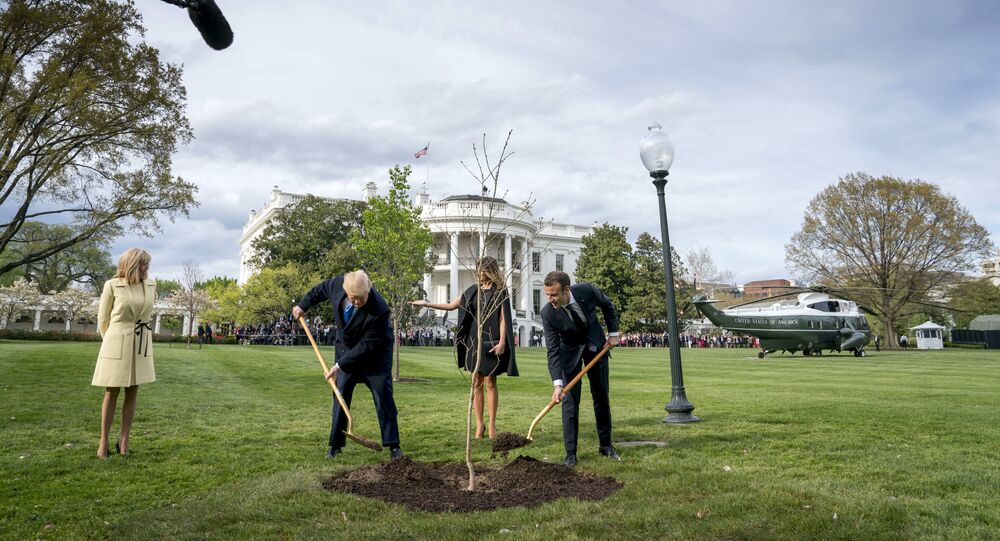 A tree that was brought to the United States from a forest in the French department of Ain in 2018 during President Macron’s tour was supposed to be planted in front of the White House and symbolise the strength of ties between Paris Washington.

According to Le Figaro newspaper, the oak tree that President Trump planted on the lawn near the White House in April 2018 has died. The report specifies that the site where the tree was supposed to grow is now empty.

The tree originated from a forest in the French Ain department, where thousands of US Marines died during World War I and was deemed to be a sign of strong French-US ties when it grew.

However, the tree was damaged during the long plant quarantine period upon its entry into the US and eventually failed to take root once it was planted.

Ties between the American and French presidents have been marred since Macron was given a warm reception during a White House visit in 2018: Macron and Trump have conflicting views on climate change, as well as on US plans to slap tariffs on the EU.