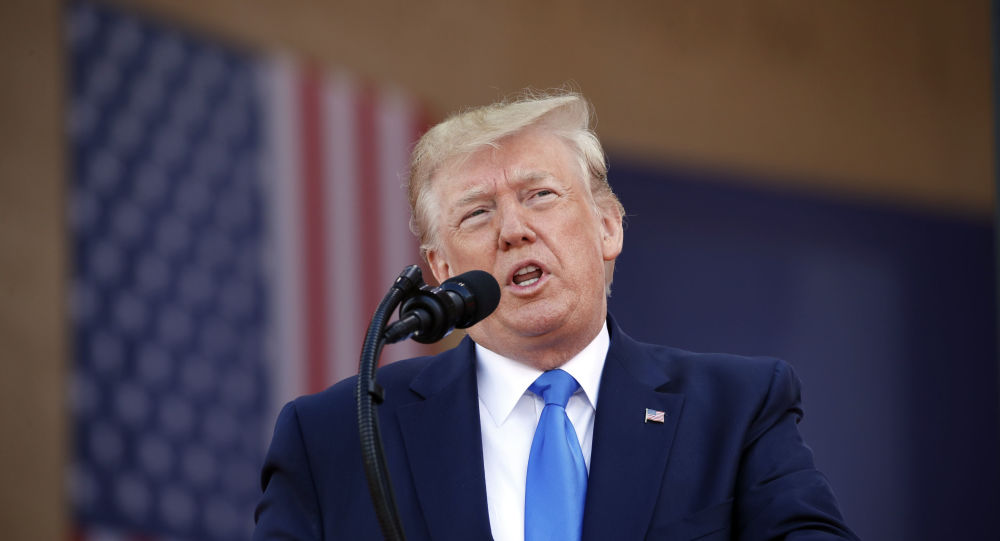 The US has been pressuring Iran with economic sanctions since 2018 after President Trump withdrew his country from the Iran nuclear deal. The president claims that the "harshest ever" sanctions will inevitably force Tehran to start negotiating a new deal with the US.

US President Donald Trump has stated during his talks with French President Emmanuel Macron that Iran was "a true state of terror" and claimed that the Islamic Republic was failing as a country, but at the same time assured that it might change.

"They are failing as a nation, but I don’t want them to fail as a nation. We can turn that around very quickly but the sanctions have been extraordinary how powerful they have been", he said.

The US president further called on Tehran to sit down at the negotiations table with Washington to reach a new deal, claiming that it is what Iran was actively seeking.

"I understand they want to talk and that’s fine, we’ll talk. One thing they can’t have is nuclear weapons", Trump said.

However, Trump's claims don't resonate with Iran, as its officials continue to insist that no negotiations with the US are possible as long as it pressures Tehran with sanctions and violates the responsibilities taken in 2015 under the Iran nuclear deal.

The Iranian Supreme Leader Khamenei vowed to "resist" the US until it retreats, insisting that his nation isn't seeking war with the American people. Tehran nevertheless promised to retaliate if the US "dared" to attack Iran.

Bilateral ties between the US and Iran have been deteriorating since the US withdrew from Iran nuclear deal, which Trump labeled "flawed at its core" on 8 May 2018. Washington later imposed harsh sanctions on the Islamic Republic's energy, banking and shipping sectors in a bid to force the country to negotiate a new nuclear deal.

Iran and other signatories to the original accord slammed the US move, announcing that they will adhere to the old deal and try to overcome US sanctions. Tehran however, remains unimpressed with the results of these attempts and on an anniversary of the US withdrawal from the nuclear deal suspended some of their "voluntary" commitments under it.