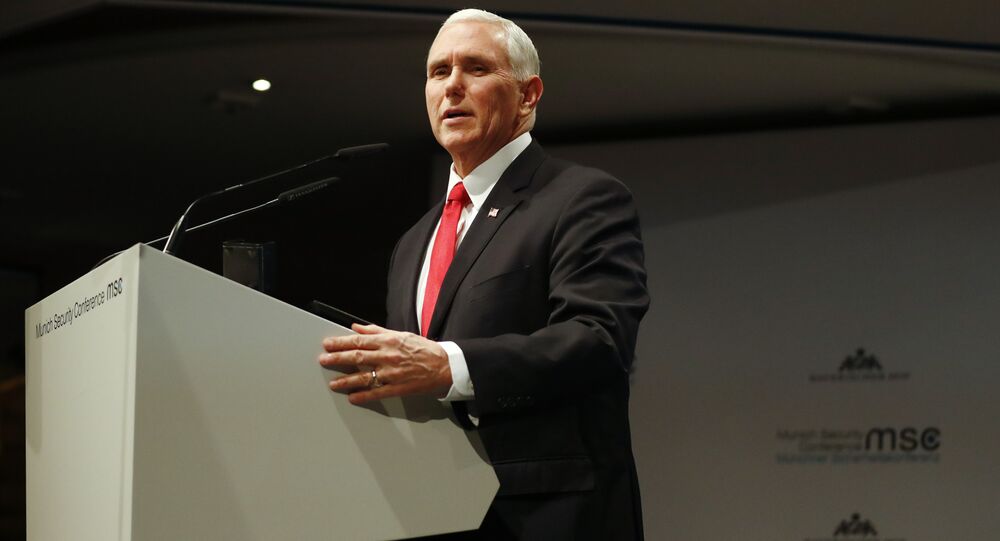 US Vice President Mike Pence said Thursday that President Donald Trump would stand firm until a crisis at the southern US border is resolved, adding that Mexico should take decisive action on the immigration issue to avoid duties on Mexican goods, according to Reuters.

Earlier in the day, The Washington Post reported that Mexican officials had pledged to send some 6,000 National Guard troops to the southern border with Guatemala to contain the flow of Central American immigrants as part of the deal to avert escalating US tariffs. The possible agreement would also allow the United States to deport Guatemalan asylum seekers to Mexico as soon as they set foot on US soil.

READ MORE: Mexico Will Demand That US Stops Flow of Weapons to Criminal Cartels - Reports

Pence said, cited by Reuters, that he was encouraged that Mexican officials were willing to do more to curb migration flows to the United States, but Trump should decide if they went far enough to avert threatened tariffs, stressing that the president would be the one to decide whether to impose tariffs on Mexican goods over the issue on Monday.

As cited by CNBC, White House spokesperson Sarah Sanders echoed Pence's Thursday comments, saying "Our position has not changed, and we are still moving forward with tariffs at this time".

Last week, Trump said the United States would impose a 5 per cent tariff on all goods imported from Mexico from June 10 and increase the tariffs to 25 per cent by October unless Mexico took steps to quell the illegal immigration crisis.

On Wednesday, Mexican Foreign Minister Marcelo Ebrard said he remained optimistic about ongoing tariff talks with the United States. Trump said that some progress was made in the negotiations, on that same day.

An increasing number of migrants from Central America have been arriving to the US border with Mexico in recent months. Trump has called the surge of arrivals a crisis and declared a national emergency in February to secure funds to build a border wall.