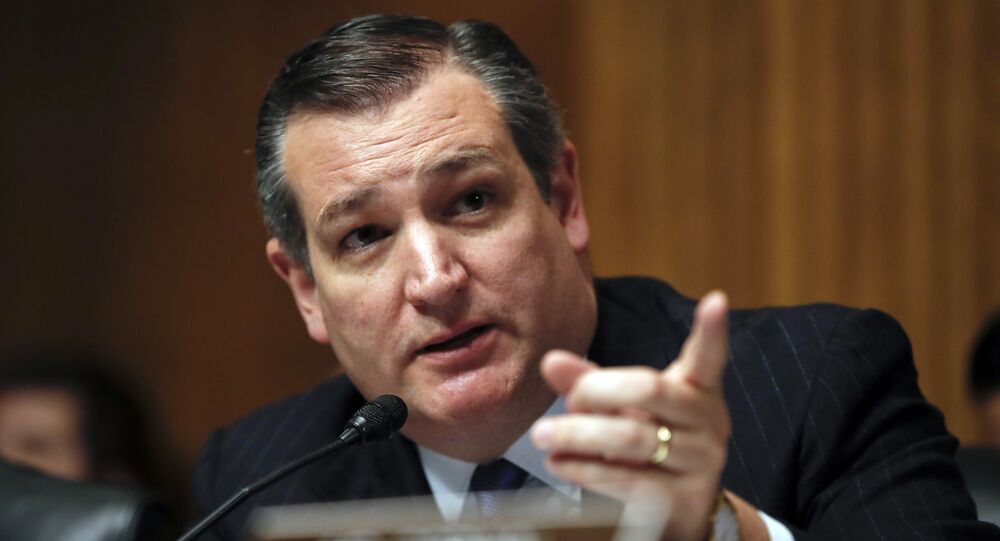 While some Republicans continue to offer their support to President Trump, many have vocally criticized 45’s recent strategy of launching a trade war with Mexico as a means of cutting the flow of illegal immigrants from Central America.

Donald Trump's latest threat of imposing additional tariffs on Mexico as punishment for not taking action against illegal immigrants appears to have angered even Trump's own party, with Republican lawmakers appearing to have unanimously disapproved of the idea.

"I want you to take a message back [to the White House]," that "you didn't hear a single yes," Senator Ted Cruz, Republican of Texas, told lawyers at a conference behind closed doors, according to sources familiar with the meeting cited by Politico.

"I will yield to nobody in passion and seriousness and commitment for securing the border," Cruz told reporters after the meeting. "But there's no reason for Texas farmers, ranchers, manufacturers and small businesses to pay the price of massive new taxes."

© REUTERS / Mike Blake
US Judge Voids Dems’ Lawsuit Against Emergency Border Wall Funding
Trump threatened to impose a 5 per cent tariff on Mexican imports and is set to raise it to 25 per cent if Mexico fails to curb the influx of illegal immigrants arriving in the thousands from Central American countries.

According to the US Chamber of Commerce, such a measure would hit Texas the hardest, followed by Michigan, California, Illinois and Ohio. If raised to 25 per cent, the tariff hikes would threaten $26.75 billion in imports to Texas alone.

"We're holding a gun to our own heads," said Republican Senator John Cornyn, of Texas.

Republican Senator Ron Johnson, of Wisconsin, said he warned lawyers that while Republicans are broadly supportive of constructing a border wall, they are also heavily opposed to taxing US citizens. If Trump follows through with his threat, both the House and the Senate will muster a two-thirds majority and overcome a presidential veto, Johnson said.

"The White House should be concerned about what that vote would result in because Republicans really don't like taxing American consumers and businesses," he said, according to The New York Times.

There are supporters of the initiative among the Republicans, however. Senator Marco Rubio of Florida, once a moderate on immigration policy, took to Twitter Tuesday to say the president was within his rights to use tariffs to influence Mexican policy.

The law provides @potus broad authority to control transactions with other nations if there is an unusual & extraordinary threat to the national security &/or economy of the U.S.. Unlawful migration & drug flow transiting through #Mexico into U.S. clearly poses such a threat.

​Other supporters include Senator Kevin Cramer of North Dakota and Senator Thom Tillis of North Carolina.

On Tuesday, during a press conference with outgoing UK Prime Minister Theresa May, president Trump dismissed the possibility of a Republican revolution.

"I don't think they will do that," Trump said on Tuesday. "If they do, it's foolish. There's nothing more important than borders. I've had tremendous Republican support."

Threatening to impose tariffs on Mexico is Trump's latest measure to attempt to curb the influx of immigrants, a pillar of his presidential campaign. Earlier this year, Trump declared a National Emergency in order to divert billions in Pentagon funding for the construction of a border wall and was met with significant resistance from House Democratic lawmakers.

Republicans, Democrats at Odds Over White Discrimination in US – Poll