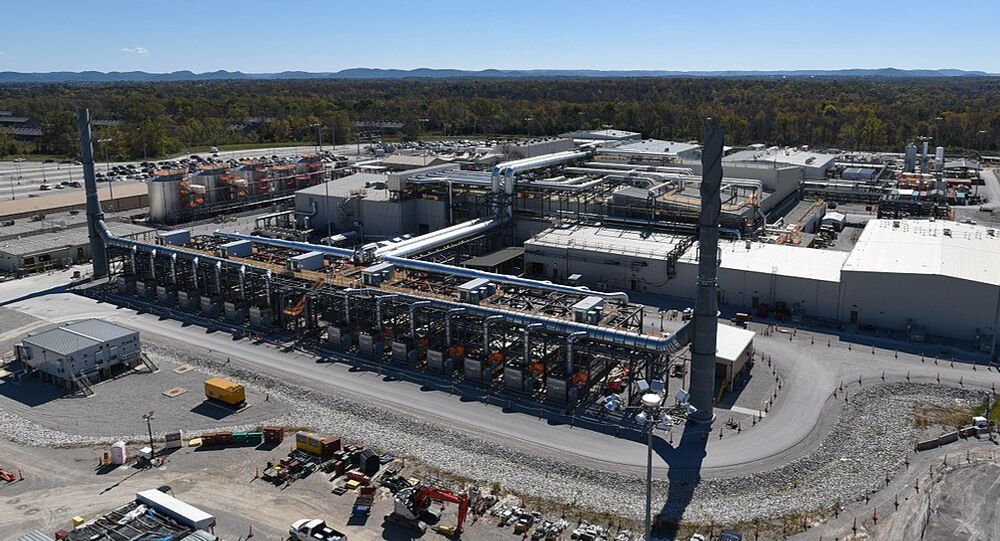 The US Army will soon begin the process of destroying one of its last remaining caches of chemical weapons. Over 100,000 rockets, shells and other weapons containing poisonous agents have been stored at a Kentucky facility since the mid-20th century.

"I must say, this is a day I wasn't quite sure we were going to see at various points," Senate Majority Leader Mitch McConnell (R-KY) said at a Wednesday ceremony at the Blue Grass Army Depot in Richmond, Kentucky. "Now, after many years, the safety we worked so hard for is finally in sight."

Blue Grass is home to 523 tons of chemical weapons, including such deadly compounds as mustard gas and the nerve agents sarin and VX. Under the terms of the Chemical Weapons Convention of 1997, these are Schedule 1 substances, and nations are limited to only 1 ton of each for scientific and medical purposes, since they have no legitimate use other than as weapons.

McConnell has struggled with the Army since the 1990s to get the weapons destroyed in a way safe for nearby residents, including Kentucky's second-largest city of Lexington, home to roughly 320,000 people. WKYT reported that the Army wanted to incinerate the weapons, but McConnell pushed back.

The $60 million Blue Grass Chemical Agent-Destruction Pilot Plant was completed by Bechtel and Parsons in 2015, and over 1,200 workers have spent the past four years testing and re-testing machines and procedures to make sure everything will be maximally safe, according to project manager Ronk Hink.

Work is set to begin soon, and it will take until 2023 to destroy the weapons safely. They will be dismantled and the chemical weapons removed, then the shells detonated inside a sealed blast facility with 2-foot-thick concrete doors. Plant workers will destroy the nerve agents with a two-step process of neutralization and supercritical water oxidation, local CBS affiliate WLKY reported.

"Today marks the beginning of the last chapter of US efforts to eradicate chemical weapons from the face of the earth," Dr. Michael Ball, deputy assistant secretary of defense for threat reduction and arms control, said at the ceremony, WLKY reported. "These deadly and indiscriminate weapons have been used by conventional armies in times of war, by rebels in domestic conflicts and [by] terrorists against innocent civilians."

The US has destroyed roughly 90% of its extant chemical weapons stocks, but two facilities remain: the Kentucky location and one in Colorado, which has already destroyed about one-quarter of its 2,600 tons of chemical weapons.

"Our international reputation, our ability to reinforce the norm against chemical weapons use, is dependent on the success here in Kentucky and demilitarizing the remaining chemical weapons stockpile," Ball said.

According to the terms of the Chemical Weapons Convention of 1997, destruction of chemical weapons must take place under the auspices of the Organisation for the Prohibition of Chemical Weapons (OPCW), an intergovernmental organization based in The Hague, The Netherlands.

Only three countries have neither signed nor acceded to the the treaty: South Sudan, North Korea and Egypt.