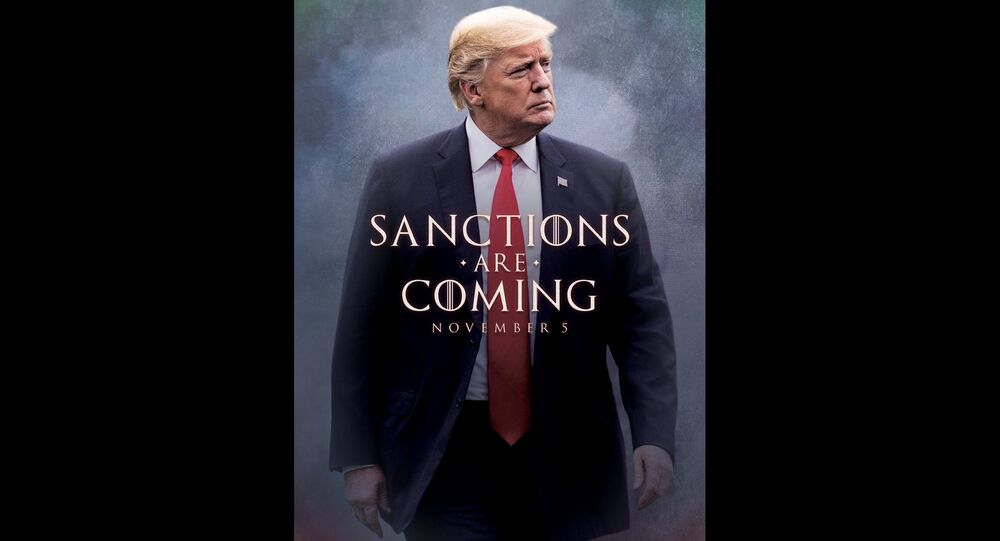 The US re-imposed sanctions against Iran after President Donald Trump unilaterally withdrew from the Joint Comprehensive Plan of Action last year.

The Trump administration will ban the Instrument in Support of Trade Exchanges, or INSTEX, from the US financial system if it comes into force, Bloomberg has reported, citing a letter written by the Treasury Department's undersecretary for terrorism and financial intelligence, Sigal Mandelker.

"The Trump administration escalated its battle with European allies over the fate of the Iran nuclear accord, threatening penalties against the financial body created by Germany, the U.K. and France to shield trade with the Islamic Republic from U.S. sanctions", Bloomberg News wrote.

Neither the US presidential administration nor the EU has commented on the issue so far.

INSTEX is the EU mechanism for bilateral transactions with Iran bypassing US sanctions.

The US sanctions against Iran mainly target the country's oil industry and are aimed at bringing Iran's oil exports down to zero.

China, France, Germany, Iran, Russia, the UK, and the EU criticised Washington for its unilateral withdrawal from the agreement and the decision not to extend waivers for nuclear non-proliferation projects. Commenting on the US move, the signatories of the accord stressed that the lifting of nuclear-related sanctions was an essential part of the JCPOA.