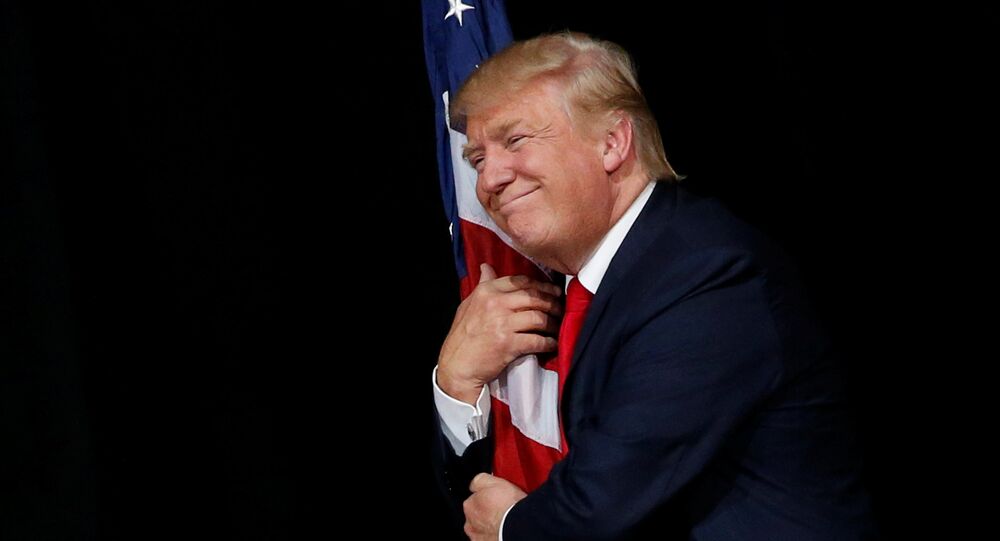 Trump Says Interested Only in Economic 'Invasions' Amid Escalation With Iran

MOSCOW (Sputnik) - US President Donald Trump has said in an interview with Fox News that the only sphere where he wants to "invade" is actually economy, thereby downplaying fears of a conflict with Iran amid rising tensions between the two countries.

During the Sunday interview, Trump was asked to comment on Republican Sen. Lindsey Graham’s summary of their talks in January, when the two allegedly discussed the possibility of using military force in Venezuela. According to Graham, he warned Trump against such a move, while Trump allegedly surprisingly said: "You want to invade everywhere except where I want to invade." The interviewer asked Trump to specify places where he wanted to invade.

"I want to invade, if I have to, economically," Trump replied, praising his administration's economic policies and stating that they had helped to create "a much stronger country economically."

© AP Photo / Evan Vucci
Trump: 'If Iran Wants to Fight, That Will Be the Official End of Iran'
Commenting on Iran, he reiterated that he did not seek a war with Tehran, noting that the main thing he wanted was "not let Iran have nuclear weapons."

"I am not somebody who wants to go into war because war kills economy, kills people most importantly," he added.

US-Iranian tensions flared up last year after Washington unilaterally withdrew from the 2015 nuclear deal and started reinstating harsh sanctions against the country. On May 8, 2019, Iran announced the decision to partially discontinue its obligations under the deal. The United States, in turn, has stepped up its military presence in the Middle East in what White House National Security Adviser John Bolton has called "a clear and unmistakable message to the Iranian regime." The deployment includes a carrier strike group, Patriot missiles, B-52 bombers and F-15 fighters, according to the Pentagon.

Trump Tells Aides He Does Not Want War with Iran – Reports