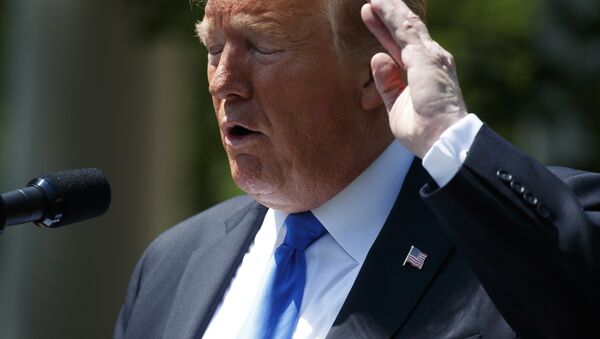 Donald Trump has warned in his Tweet that it would be "official end of Iran", if Tehran "wants to fight".

Earlier, US warships carried out exercises in the Arabian Sea as part of efforts to build up preparedness for what Washington calls an Iranian threat.

Trump May Bypass Congress to Launch Iran War, US Media Outlet Claims
Tensions between the US and Iran have escalated earlier this month, when the US imposed more anti-Iranian sanctions and sent an aircraft carrier strike group, a squadron of B-52 bombers and Patriot interceptors to the Middle East to grapple with what Washington describes as a threat emanating from Iran.

Last May Trump announced the US’ withdrawal from the 2015 Iran nuclear deal with Iran, also known as the Joint Comprehensive Plan of Action (JCPOA), reinstating harsh sanctions against the Islamic Republic.