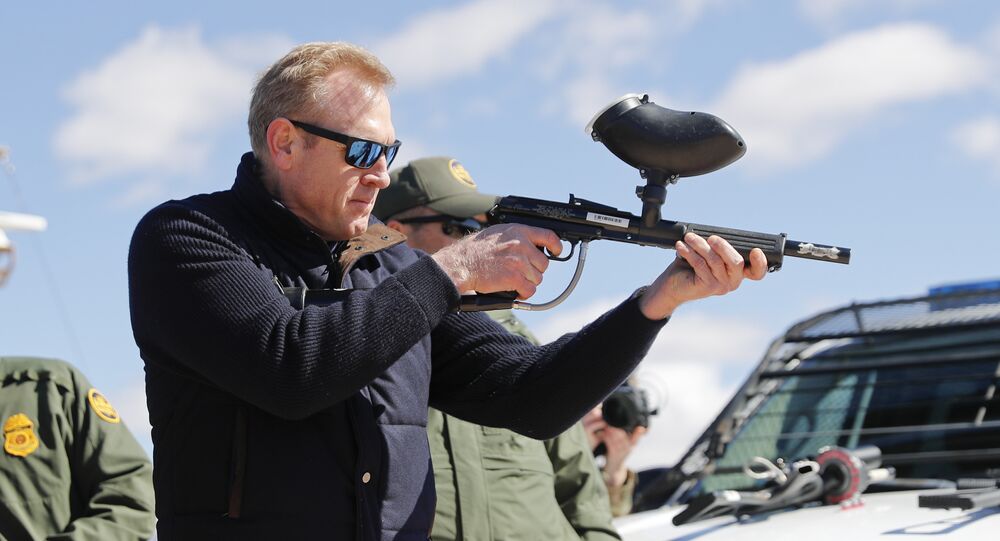 Relations between the US and DPRK have been going through ups-and-downs since the historic Trump-Kim 2018 Summit in Singapore. Their second Summit in Vietnam ended abruptly without any joint statement and was followed by an escalation of tensions with DPRK conducting new missiles tests and the US most recently seizing a North Korean cargo vessel.

Patrick Shanahan, an Acting Defence Secretary, said that there were no changes in regard to US strategy on North Korea while explaining what his priority as a Pentagon chief is.

"The strategy with North Korea hasn't changed because it's a diplomatic one, but it's about full denuclearization," Shanahan said in an excerpt of an upcoming interview with Brian Kilmeade to Fox News. "My job is to make sure that we're prepared in the event that diplomacy fails. That's my focus on the military. There's no change to our force posture, our force preparation and our readiness."

While speaking on Fox News, Shanahan also revealed what he feels about working with Donald Trump.

"What I like about working with the president is, he's a CEO," Shanahan said."I've worked for CEOs. He's focused on outcomes and results. Will we always agree on everything? No. Are we focused? Do we have the same interests? And the same focus? Yes. My job is to get the results we need to make this country successful. To defend this country."

"We're gonna be here until the borders are secure," he told Kilmeade. "We've got to have the backs of the men and women here who are being overrun."

After the Hanoi Summit in 2019, denuclearization talks between North Korea and the United States reached a deadlock, since Washington demands that Pyongyang completely dismantles nuclear facilities in the country in order to get sanctions relief, and North Korea wants a part of restrictions to be lifted before denuclearization begins.