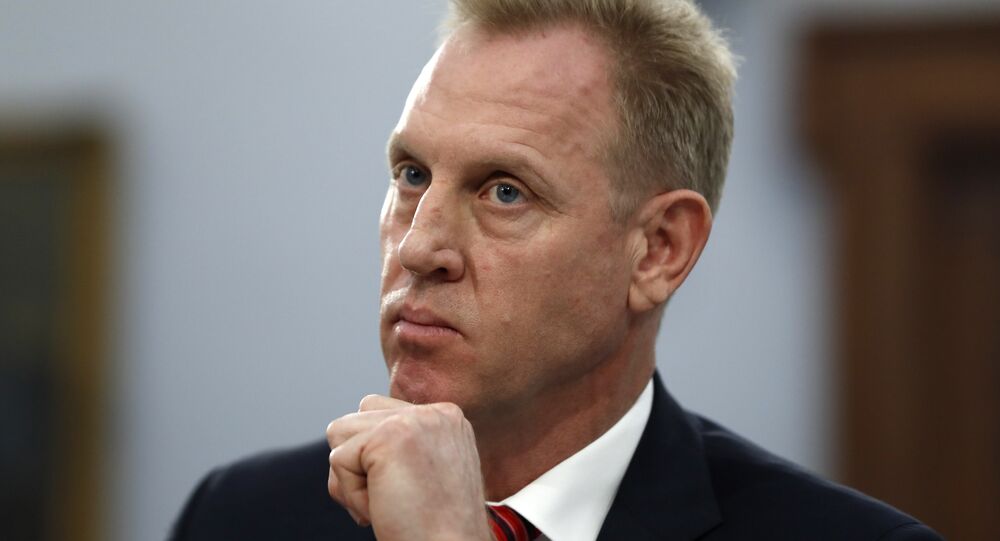 On Friday the Pentagon transferred $1.5 billion from other programs including funding for an Afghanistan-program to fund the construction of a US-Mexico border wall, to stop the surge in numbers of migrants arriving at the US border that Donald Trump has called a crisis and declared a national emergency over.

Patrick Shanahan said that he intends to speed up plans to secure the border while visiting a Texas border city, The Hill reported.

He noted that Pentagon officials would remain at the border until it is secure, according to the Associated Press.

"We're not going to leave until the border is secure," he said. "This isn't about identifying a problem. It's about fixing a problem more quickly."

Earlier this week Shanahan told Congress that as for now there are about 4,364 US service members at the border, including both active-duty and National Guard troops, according to The Hill report.

About 1,167 service members perform the primary role of monitoring and detection, with a broader set of missions ranging from logistical support to aviation support and food service.

© REUTERS / Jose Luis Gonzalez
Netizens Furious Over Mexican Soldiers Disarming US Border Troops
The administration has said troops will stay at such posts until DHS "no longer requires support to secure the southern border," The Hill report says.

Thousands of migrants, originating predominantly from Honduras, Guatemala and El Salvador, have travelled across Mexico, aiming to enter US territory illegally, sometimes in groups of hundreds of people in broad daylight.

The US president has said the wall is needed to prevent criminals and drugs from pouring into the United States. In March, the Pentagon said it identified $12.8 billion in possible funding that could be used to build Trump's border wall.

In April US Army Corps of Engineers Commanding General and Chief of Engineers Todd Semonite said that about 450 miles of new bollard fencing along the US border with Mexico are expected to be completed by 2020.