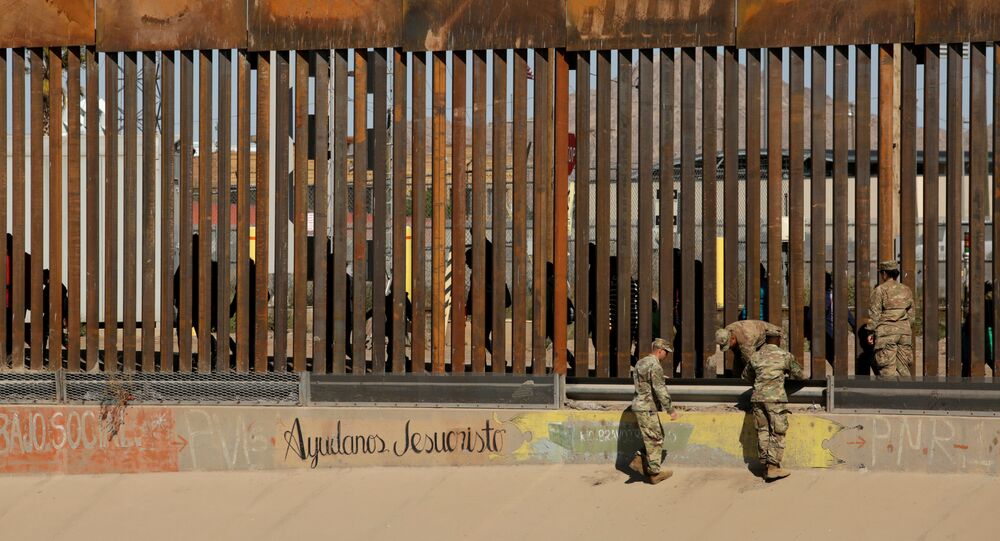 WASHINGTON (Sputnik) - US Customs and Border Protection (CBP) agents detained nearly 100,000 migrants at the US-Mexico border last month, the highest number in more than 10 years, according to new data unveiled by the agency.

US border agents apprehended a total of 98,977 migrants at the US southwestern border in April, which is a more than five percent increase from 92,831 people detained in March, CBP revealed on its website on Wednesday.

An increasing number of migrants have been arriving to the US border from Central America in recent months. US President Donald Trump has called the surge of arrivals a crisis and in February declared a national emergency in order to secure funds to build the border wall.

READ MORE: New Migrant Caravan Forming in Honduras to Attempt to Cross Into US — Reports

The president has said the wall is needed to prevent criminals and drugs from pouring into the United States. In March, the Pentagon said it identified $12.8 billion in possible funding that could be used to fulfill Trump's call to construct the border wall.

The official noted that the Trump administration has repeatedly highlighted the need to address the "dire" situation at the border, over the past few months.

Trump’s disagreements with the Democrats on the border wall issue have already resulted in a record 35-day government shutdown that ended in January.