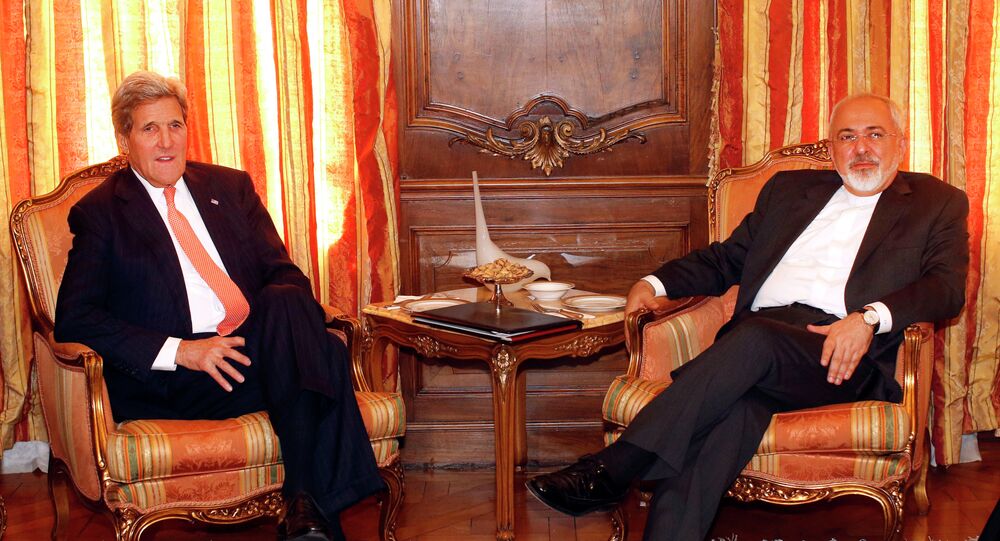 The meetings the ex-US Secretary of State, John Kerry admitted he had with representatives of Iran after leaving office, in a bid to "salvage" the Iranian nuclear deal, were earlier characterized by incumbent Secretary of State Mike Pompeo as "unprecedented" and "inconsistent with the foreign policy of the United States."

US president Donald Trump accused ex-US Secretary of State John Kerry of breaking the law by meeting with Iranian officials in 2018.

Trump, while referring to Kerry's meetings with Iranians, said that one of the architects of the Joint Comprehensive Plan of Actions (JCPOA), also known as Iranian nuclear deal, has to be "prosecuted" under the Logan Act.

"You know John Kerry speaks to them a lot, and John Kerry tells them not to call. That's a violation of the Logan Act, and frankly he should be prosecuted on that," the US president said on Thursday, at the White House.

"But my people don't want to do anything, only the Democrats do that kind of stuff. If it were the opposite way, they'd prosecute him under the Logan Act," Trump added.

The Logan Act, which was established in 1799 by then US president John Adams prohibits private US citizens from engaging with foreign nations in diplomatic disputes.

© AP Photo / Gali Tibbon/Pool
Kerry Reveals Netanyahu Told Him That All Mideast States 'Lie All the Time'
Only 2 people have been charged under the Logan Act — one in 1803 and one in 1852- with charged being dropped in both cases, Fox News report says.

A spokesman for John Kerry, reacting to Trump's statements, said that the president's remarks were "simply wrong, end of the story," Fox News report says.

"He's wrong about the facts, wrong about the law, and sadly he's been wrong about how to use diplomacy to keep America safe. Secretary Kerry helped negotiate a nuclear agreement that worked to solve an intractable problem," the spokesman said as cited by Fox News.

"The world supported it then and supports it still. We'd hope the President would focus on solving foreign policy problems for America instead of attacking his predecessors for theatre," the spokesman added.

In September 2018 John Kerry admitted that since leaving office, he has secretly met at least four times with senior Iranian officials, Iranian Foreign Minister Javad Zarif in particular, in an effort to "salvage" the Iranian nuclear deal. Kerry did not inform the Trump administration about the meetings, which took place in Norway, Munich and elsewhere.

In May 2018 Donald Trump withdrew from the JCPOA, re-imposing sanctions against Tehran and secondary sanctions against the companies and financial institutions of countries that do business with the Islamic Republic. Iran, China, Germany, France, Russia, the UK and EU reaffirmed their commitment to the deal after the United States exited.