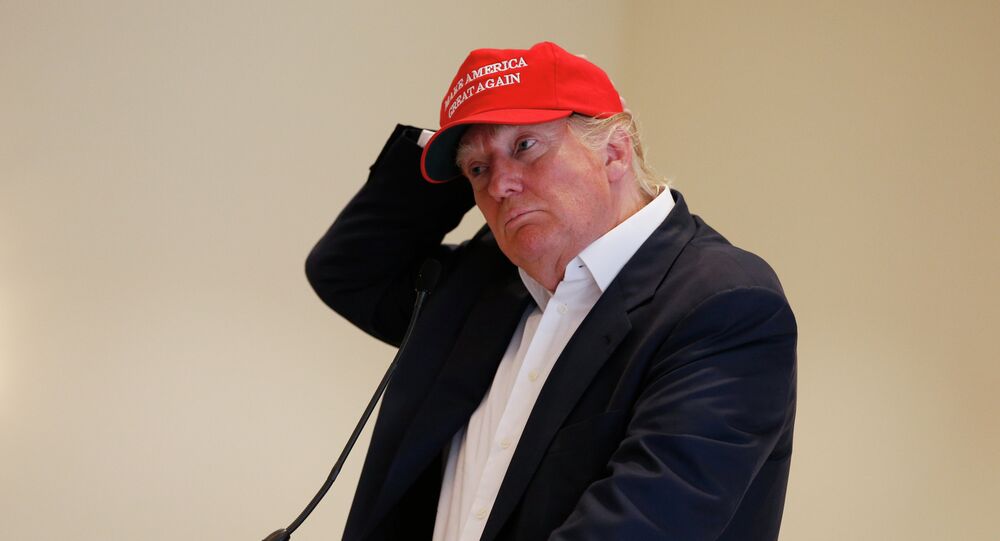 WASHINGTON (Sputnik) - US President Donald Trump reported losses totaling more than $1 billion on federal tax returns filed from 1985 to 1994 back when he was a real estate magnate, media reported.

Trump lost so much money that he was able to avoid paying income taxes for eight of the 10 years, the report added. However, the significant losses did not cost him his standard of living because most of the money was borrowed, and moreover, he was buffered by his father's wealth, according to the NY Times report.

© AP Photo / Elaine Thompson
Grab the Popcorn: US Gov’t Committee Gives Trump Until April 23 to Release Taxes
The president’s lawyer, Charles Harder, told the NY Times that IRS transcripts before the days of electronic filing are notoriously inaccurate and would not be able to provide a reasonable picture of any taxpayer’s return.

US Treasury Secretary Steven Mnuchin in a letter to the House of Representatives Ways and Means Committee said Monday he would not release Donald Trump's tax returns as requested by the panel.

"In reliance on the advice of the Department of Justice, I have determined that the Committee's request lacks a legitimate legislative purpose, and pursuant to section 6103, the Department is therefore not authorized to disclose the requested returns and return information", Mnuchin said in the letter to the US House of Representative Ways and Means Committee Chairman Richard Neal.

© REUTERS / Chris Keane
Most US Voters Want Donald Trump to Release Tax Returns - Poll
On 3 April, the Ways and Means Committee requested the Treasury Department release confidential tax returns and other tax information of Trump and related business entities for the 2013-2018 period. Neal warned that a failure to respond to his request would be interpreted as a denial.

White House acting chief of staff Mick Mulvaney said earlier in an interview with Fox News that this demand was a stunt and vowed that Congressional Democrats would never see Trump's tax records.

Congressional Democrats have long been trying to force Trump to provide his tax returns, but the US president has repeatedly stated the documents were being audited by the Internal Revenue Service and thus could not be released.

FBI Raids Office of Lawyer Who Did Trump’s Taxes – Reports