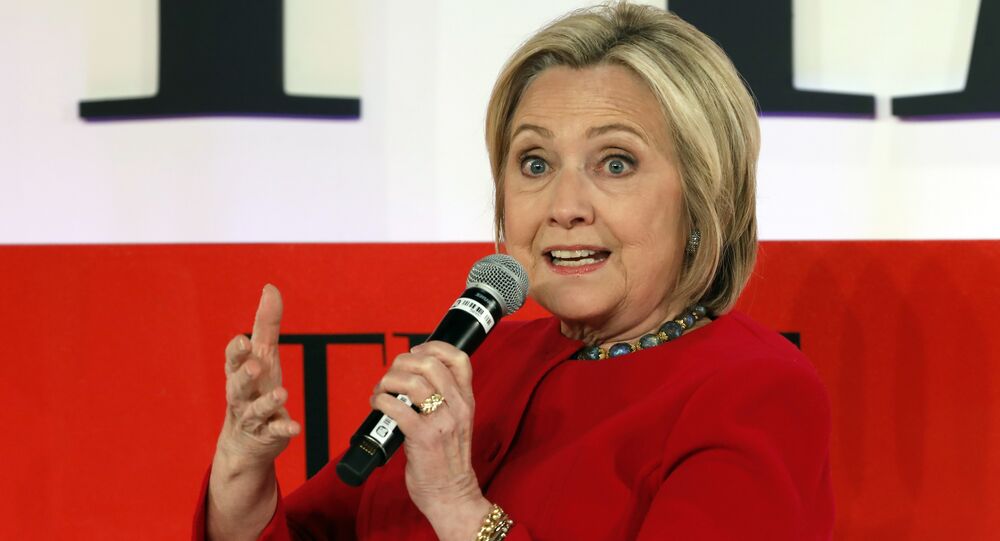 Democratic lawmakers have repeatedly demanded that they see President Donald Trump's tax returns, but he flatly refuses to release this information.

"I think it's hypocrisy at its best," Sanders said of Clinton's comments, "and I think she's got herself confused with the previous administration, where they actually didn't do anything to stop interference in the election."

"Honestly I'm baffled by it and it's truly astonishing comments from [former] Secretary [of State] Clinton."

Hillary Clinton weighed into the Trump-Russia issue in an interview with MSNBC's Rachel Maddow on Wednesday. She suggested a scenario where a 2020 Democratic nominee would call on China to hack Donald Trump's tax returns.

"‘So why should Russia have all the fun? And since Russia is clearly backing the Republicans, why don't we ask China to back us?'" Clinton acted out a hypothetical plea. "'And not only that, China, if you're listening, why don't you get Trump's tax returns? I'm sure our media would richly reward you.'"

She was referring to Trump's speech at a news conference in July 2016, when the then-Republican candidate called for Russia's assistance in finding Clinton's missing e-mails in the DNC email leak row.

Clinton said that if China hacked Donald Trump's financial documents shortly after such a call, it would not qualify as collusion under the Mueller Report.

Special Counsel Robert Mueller's two-year investigation into alleged ties between the Trump campaign and Russian authorities found no evidence of conspiracy. It detailed, however, several instances where Trump tried to frustrate the investigation, but Mueller failed to indict the US president on obstruction of justice.

Mueller stated that Russia did try to meddle in the 2016 presidential election, but Moscow officials argued that the report offers no credible evidence to prove such alleged interference.