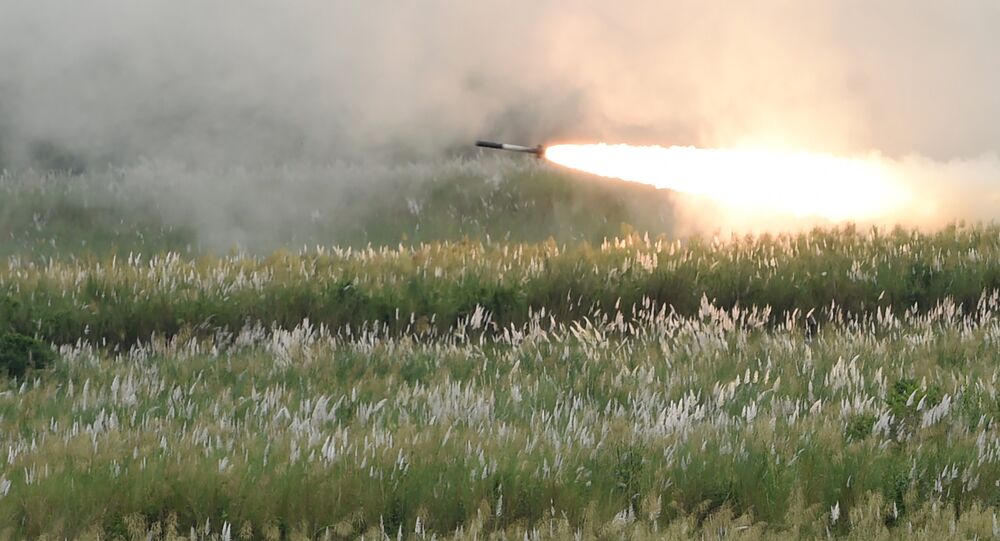 The US has signed over $1 billion in contracts for the development of new missiles in the three months since Washington announced it would withdraw from the Intermediate-Range Nuclear Forces (INF) Treaty in October 2018.

Between October 2018 and February 2019, when Washington formally began the process of leaving the INF Treaty, it quickly set about developing a new arsenal of missiles, penning $1.1 billion in deals with defense contractors in that three-month time span, according to a new report by anti-nuclear weapons activists. That runs in sharp contrast to the US' own claims in February that it would continue to respect the boundaries of the treaty.

The US and Soviet Union signed the treaty, which banned land-based missiles with ranges of 310 to 620 miles and 620 to 3,420 miles, in 1987. US President Donald Trump suspended the arms treaty because he believed Moscow had violated it by deploying the 9M729 missile on its Iskander system. Russia has denied the missile's range reaches into banned distances.

"The withdrawal from the INF Treaty has fired the starting pistol on a new Cold War," Beatrice Fihn, head of the International Campaign to Abolish Nuclear Weapons (ICAN), told AFP Thursday. The group partnered with the peace organization PAX to produce the report. Both organizations have been awarded Nobel Peace Prizes for their past work.

However, while the authors are careful to note that it's not clear that all of the new contracts were for nuclear weapons production, "What is clear is that there is a new rush towards building more missiles that benefit a handful of US companies and intend to flood the market with missiles regardless of their range," according to the report.

That enthusiasm has not abated since February, either. Just a month after the US departure began on February 7, the US Army released its Fiscal Year 2020 budget requests, which included a slew of new missile development programs, some of which would have been banned by the INF Treaty, Sputnik reported.

Even before the year is out, two new weapons systems with ranges banned by the treaty will be tested, Sputnik reported. One weapon is a cruise missile with a range of roughly 600 miles, which the Pentagon will test in August, just as the US actually departs the treaty. However, the second weapon, due to be tested in November, will be an intermediate-range ballistic missile with a range of between 1,800 and 2,500 miles.

The report covers far more, including nuclear weapons proliferation around the world, as well as outstanding contracts. Other big nuclear weapons deals noted in the report include the renovation of the Trident II submarine launched ballistic missile, which General Dynamics and BAE Systems have been working on with several other companies on behalf of the US and UK governments.

© Photo : US Air Force
US in Race With China, Russia to Develop Hypersonic Missile – USAF

The activists called attention to the stark dichotomy between Trump's anti-nuclear rhetoric and the reality of his administration's spending practices, which include a new low-yield nuclear weapon designed for easier use.

"We see the US and other states planning for a nuclear-armed century, with contracts to maintain weapons through at least 2075, despite growing domestic and global calls to reverse course," Susi Snyder, PAX nuclear disarmament program manager and the lead author of the report, told AFP. "President Trump is heralding the need for global denuclearization, but US deeds, and those of nuclear-armed allies, do not match those words."