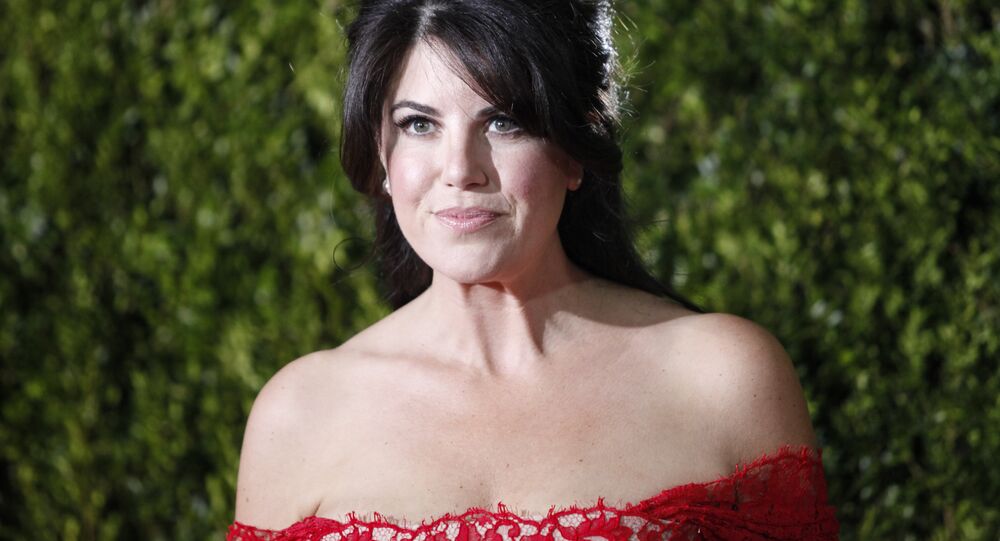 The redacted version of Robert Mueller’s report on his investigation into allegations of foreign involvement in the 2016 US presidential election was released to the public in April.

A section of redacted text from Special Counsel Robert Mueller’s report reveals that in the 1990s, Russia managed to eavesdrop on and record a phone sex session between then-US President Bill Clinton and White House intern Monica Lewinsky, the Washington Examiner reports.

According to the newspaper, the report mentions that in 2016, Centre for the National Interest President Dimitri Simes sent an email to Jared Kushner, Trump’s son-in-law, containing “recommended talking points to counter Hillary Clinton's Russia attacks”; and during a meeting between the two, Simes reportedly told Kushner that “Russia allegedly recorded President Clinton on the phone with Lewinsky, opening questions of foreign leverage over the ex-president-turned-potential first spouse”.

READ MORE: Trump Denies 'Fake News' He Tried to Fire Mueller Despite 'Legal Right to Do So'

"During the August 17 meeting, Simes provided Kushner the Clinton-related information that he had promised. Simes told Kushner that, [redacted]… Simes claimed that he had received this information from former CIA and Reagan White House official Fritz Ermarth, who claimed to have learned it from U.S. intelligence sources, not from Russians", the report states.

© AP Photo / Alex Brandon
Twitter Ignites as Hillary Calls Mueller Report 'Part of the Beginning'
The newspaper also points out that independent counsel Ken Starr's 1998 report on the Clinton-Lewinsky affair identified 17 phone sex calls exchanged by the pair in 1996 and 1997, as well as Bill telling Monica about his suspicions regarding some unspecified foreign embassy tapping his phones, and proposing “cover stories” to her.

The veracity of the newspaper's claims, however, cannot be fully confirmed due to the redactions made in Mueller’s report prior to its release to the public, with the Washington Examiner noting that Simes, as well as Mueller’s spokesman Peter Carr, declined to comment, while a White House spokesman and Kushner attorney did not respond to requests for comment.

Mueller’s report, released last week, concluded that there was no collusion between Russia and the Trump campaign. Moscow denies that Russian officials attempted to sway US voters in the 2016 election, saying the allegations were made up to excuse the election loss of Trump’s opponent as well as deflect public attention from actual instances of election fraud and corruption.

The report was redacted prior to its release, with Attorney General William Barr pointing out that most of the redactions were related to preventing harm to ongoing legal matters, with none made due to executive privilege.