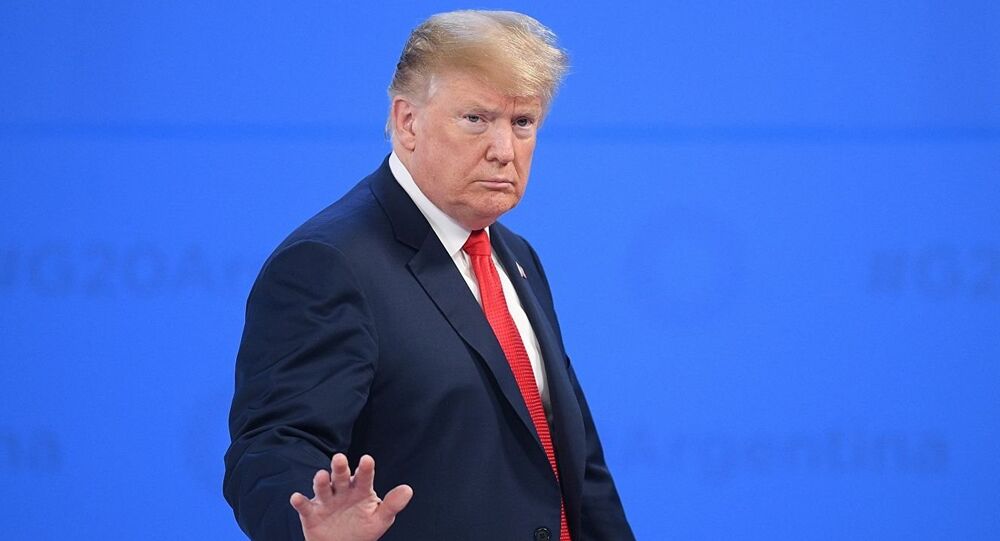 Speaking in an interview with the newspaper, Trump said the White House cooperated with Mueller's probe into alleged Russian interference in 2016 US Presidential Elections. These officials don't need to comply with confressional committees which probe Trump's alleged obstruction of justice, he added.

"There is no reason to go any further, and especially in Congress where it's very partisan — obviously very partisan," Trump told Washington Post.

His comment comes after the White House made it clear it will broadly defy Congressional subpoenas, moving the two branches of government to a constitutional collision, the report says.

The White House lawyers reportedly consider assering executive privilege over administration witnesses' testimonies. Speaking in an interview, Trump said that the White House Counsel's Office has no "made a final, final decision" about the executive privilege, but he did say he opposes cooperation with House Democrats, claiming the Dems only seek to score political points against him.

READ MORE: Mnuchin Says Will Give 'Final Decision' on Trump Tax Returns by 6 May — Report

“I don’t want people testifying to a party, because that is what they’re doing if they do this,” Trump said.

The president believes the administration's cooperation on Mueller probe was enough, and further cooperation in numerous House investigations is unnecessary.

“I allowed my lawyers and all the people to go and testify to Mueller — and you know how I feel about that whole group of people that did the Mueller report,” Trump said. “I was so transparent; they testified for so many hours. They have all of that information that’s been given.”

In a letter to Kline's lawyer obtained by The Post, Purpura wrote that a committee subpoena asking Kline to appear "unconstitutionally encroaches on fundamental executive branch interests."

Purpura's comment reflects a similar comment by US Treasury Secretary Steven Mnuchin, who, responding on House Tax Committee subpoena on Donald Trump's tax returns, wrote Tuesday that the "Congress's investigative power is not unlimited" and that "Article I [of US Constitution] grants Congress no express power to investigate."