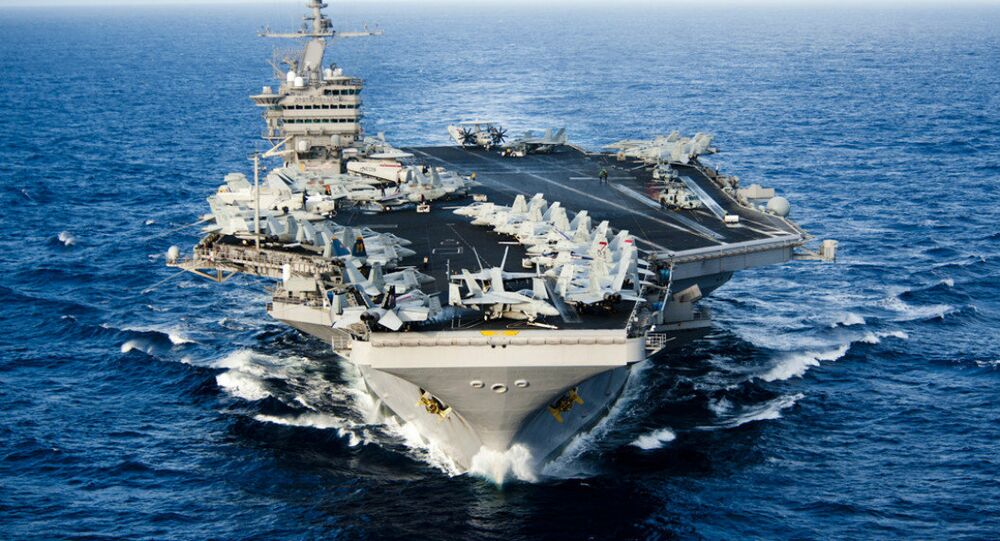 WASHINGTON (Sputnik) - The Department of Defence has deployed two nuclear-powered aircraft carriers and their strike groups in the Mediterranean Sea simultaneously for the first time in almost three years, the US Navy announced in an official report.

"The John C. Stennis Carrier Strike Group (CSG) joined the Abraham Lincoln CSG in the Mediterranean, providing a unique opportunity for two strike groups to work together alongside key allies and partners in the US 6th Fleet area of operations," the Naval News Service said on Monday.

The deployments marked the first time that two carriers have operated in the Mediterranean at the same time since the summer of 2016, when the Dwight D. Eisenhower and Harry S. Truman carrier strike groups were deployed to the region simultaneously, the report said.

"Dual carrier operations here in the Mediterranean showcase the inherent flexibility and scalability maritime forces provide to the joint force, while demonstrating our ironclad commitment to the stability and security of the region," 6th Fleet Commander Vice Adm. Lisa Franchetti said.

That $13 Billion US Carrier Finally Has One Weapons Elevator Working