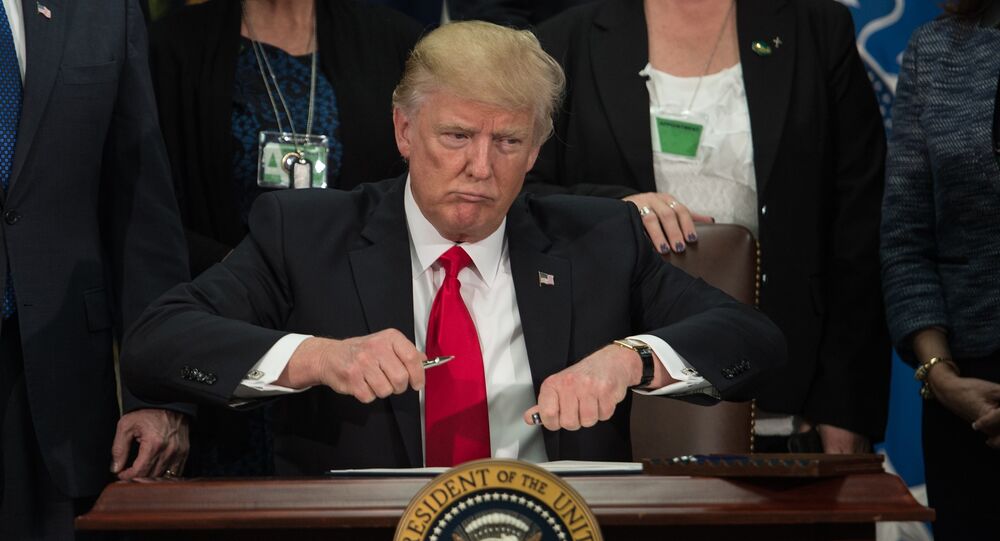 WASHINGTON (Sputnik) - US President Donald Trump during a speech in Houston said he signed two executive orders to speed up the federal process to approve energy infrastructure projects.

"The two executive orders that I'll be signing in just a moment will fix this dramatically, accelerating energy infrastructure approvals, so we're going to get these approvals done quickly," Trump said on Wednesday at an International Union of Operating Engineers training center.

Trump said one of his executive orders will speed up the process for approving cross-border infrastructure projects on US borders such as oil pipelines, railroads and roadways. Approval will take no more than 60 days and the US president will have the authority to make the final decision when the process stalls in Congress, the president added.

The White House said in a press release on Wednesday that the Department of State will continue to receive permit applications for infrastructure projects and will consult with the US president about whether a project would serve US foreign policy interests.

Soon after Trump took office as US president in 2017, he approved the Dakota Access and Keystone XL pipelines which stalled under the Obama administration. He also enacted legislation to open up the Arctic National Wildlife Refuge for energy exploration and development.