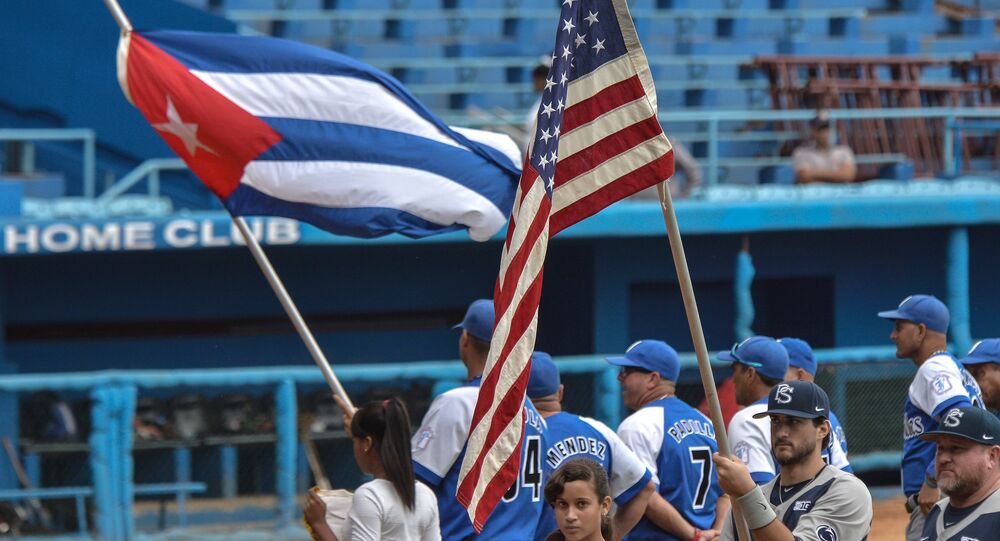 Washington (Sputnik) - The Trump administration’s move to block an Obama-era deal allowing Cuban nationals to sign with US professional baseball teams will expose these players to the dangers and abuses involved with human trafficking, Engage Cuba President James Williams said in an interview on Monday.

"The MLB deal with Cuba solved a horrible human trafficking problem", Williams said as quoted by NBC News. "By breaking that deal, the White House now owns this and exposes Cuban players to human rights abuses".

Earlier in the day, a senior US official told reporters that the Trump administration has decided to reverse the Obama-era deal, media reported.

© CC0
'Terrorists!' Canadian Baseball Bat-Wielding Man Confronts Colombian Family in 'Hate Crime'
Many Cuban baseball players, under current law, have been forced to defect to the United States to play in the MLB because of Washington’s trade embargo on Havana.

In December, the US Major League Baseball (MLB) association in a statement said it signed an agreement with the Cuban Baseball Federation (FCB) to allow Cuban nationals a legal path for signing with US professional clubs in order to end the dangerous practice of human trafficking. The deal in effect would allow Cuban players to circumvent the US economic embargo on Havana.

Engage Cuba is a national coalition of private companies and organizations dedicated to advancing legislation to lift the US economic embargo on Havana that was imposed some 55 years ago.