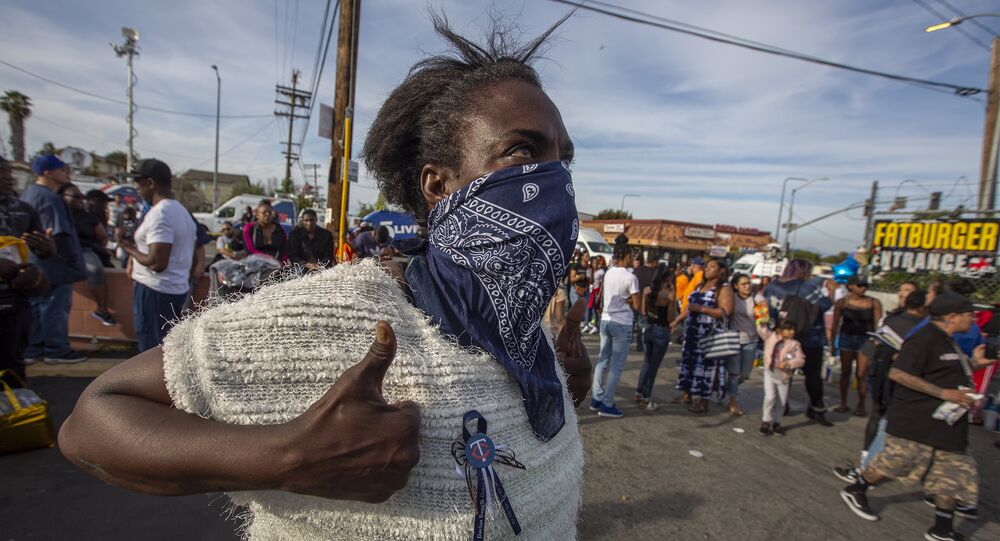 The suspect wanted by California authorities in the shooting death of rapper Nipsey Hussle has been arrested, officials said Tuesday.

“Eric Holder, the suspected killer of Nipsey Hussle, has been arrested and is in police custody,” the Los Angeles Police Department announced on Twitter. “Thank you to both our community for the heightened awareness/vigilance, and our partners at @LASDHQ.”

Eric Holder, the suspected killer of Nipsey Hussle, has been arrested and is in police custody. Thank you to both our community for the heightened awareness/vigilance, and our partners at @LASDHQ. pic.twitter.com/0zujy89Yfm

The LAPD had earlier tweeted that Holder, 29, was wanted for homicide and requested the submission of any known information to South Bureau Homicide. Holder became the main suspect in the killing of the Grammy-nominated rapper and two other victims on Sunday afternoon outside of Hussle's retail store in a South Los Angeles strip mall.

READ MORE: ‘Too Much Evil in This World’: US Rapper Hussle Vigil Stampede Terrifies Twitter

He was seen fleeing the crime scene in a white 2016 Chevy Cruze with a California license plate that was being driven by an unidentified female, according to the release published earlier by LAPD HQ.

Eric Holder is wanted for Homicide in the shooting of Nipsey Hussle. He was last seen in a 2016 white 4 door Chevy Cruze CA license plate 7RJD742. Anyone with information related to his whereabouts or this deadly shooting is urged to contact South Bureau Homicide at 323-786-5100 pic.twitter.com/3pX4fbezDs

Hussle, whose real name was Ermias Asghedom, “died as a result of the gunshot wounds he sustained” at the age of 33, police said. Two other victims were taken to the hospital. Hussle was nominated for a Grammy for Best Rap Album in 2018 following the release of his first studio album "Victory Lap".