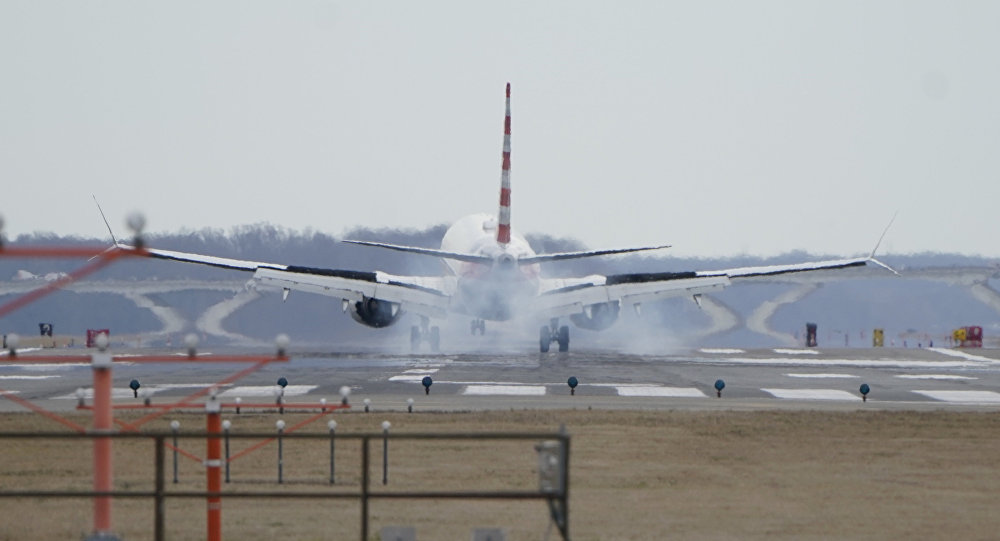 WASHINGTON (Sputnik) - The US Senate Commerce Committee has launched a probe aimed at uncovering any potential connection between inadequate training of aviation safety inspectors and the recent crashes of Boeing 737 Max 8 aircraft, the committee's Chairman Senator Roger Wicker said in a letter on Tuesday.

The probe comes after multiple whistle-blowers informed the committee that inspectors at the Federal Administration Aviation (FAA) who may have participated in the Flight Standardization Board's (FSB) certification of the Boeing 737 Max did not receive proper training and valid certifications, Wicker said in his letter to Acting Federal Aviation Administrator Daniel Elwell.

"In light of recent 737 crashes in Indonesia and Ethiopia, the committee is investigating any potential connection between inadequate training and certification of Aviation Safety Inspectors who may have participated in the FSB evaluation of the 737 MAX," Wicker wrote.

© AP Photo / Mulugeta Ayene
Just Before Impact: Final Moments of Ethiopian Airlines Boeing 737 Jet REVEALED
The senator noted that the FAA may have been notified about these issues last August, well before the crashes in Indonesia and Ethiopia. He directed the agency to respond, in no later than two weeks, whether it had been alerted to allegations of deficiencies and what actions it took to resolve the problem.

"The committee is led to believe that an FAA investigation into these allegations may have been completed recently," Wicker said.

The senator asked for further details on the investigation, such as who initiated the process, when it was done and who was made aware of the probe. He also expressed interested in the current status of the investigation.

The US government issued an emergency order to ground all Boeing 737 MAX 8 and 737 MAX 9 series aircraft following the deadly crash of the Ethiopian Airlines plane on March 10 that killed all 157 people aboard. The incident occurred after another 737 MAX crashed in Indonesia that resulted in the death of all 189 people on board.