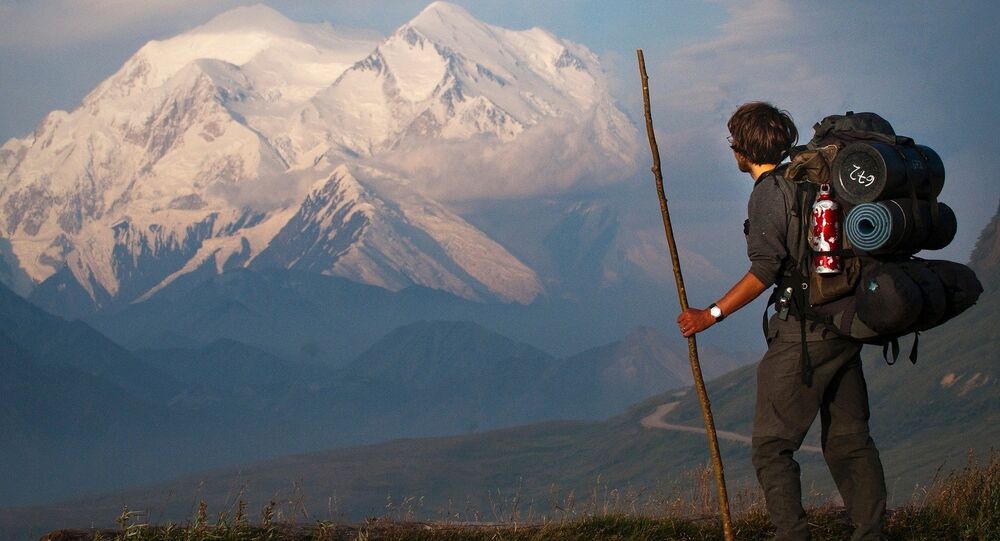 Climbers have deposited their waste on North America’s tallest peak for decades, and now receding ice will expose all that poop to the atmosphere, US National Park Service authorities warn.

Climbers summiting the 20,310-foot tall Denali mountain in the US state of Alaska leave behind an estimated 2 metric tons of human waste annually, according to NPS estimates.

Over the decades that Denali has been a climbers' mecca, an estimated 66 tons of feces have accumulated in the frozen heights, the NPS has calculated. And now the authorities claim all this waste will be exposed due to climate change.

© REUTERS / Ammar Awad
Israel Burying 'Nuclear Waste With Radioactive Content' in Golan - UN Report
Previously, climbers dumped waste in snow pits in the Kahiltna glacier, the most common route up the peak, USA today reported. The idea was that, as the glacier moves, the ice mass will grind what's left behind.

Experiments by Michael Loso, a National Park Service glaciologist, have shown however that the waste will reappear on the glacier surface downstream as the ice begins to melt.

All glaciers, which are slow rivers of moving ice, act in this fashion, Loso noted, adding that he believes climate change will speed the transition. Waste from lower climbing camps may begin to appear as early as this summer, he warned. Waste left at higher altitudes will take longer to be exposed, up to "two or three centuries."

© AFP 2021 / TORSTEN BLACKWOOD
Australia to Ban Climbing on Iconic Uluru Rock in 2019
Bacteria contained in human waste are able to survive deep freezing temperatures. When bacterium melt, however, they resume activity, potentially a serious biological hazard and a foul smell.

In an effort to mitigate human pollution, NPS Rangers are requiring tour groups of climbers and hikers to carry all waste deposited below 14,000 feet off the mountain in special canisters issued by the park authorities. A canister, known as a ‘Clean Mountain Can' (CMC) is strapped to sledges or backpacks to accompany climbers for the entire ascent and descent.

Removing stuff from very high mountains is difficult. While Denali must deal with human waste, Mount Everest, the world's highest peak, is notorious for being peppered with the corpses of dead climbers. As ice and snow melts, bodies are appearing as a grim reminder of the mountain's many dangers. As Denali is lower, the bodies of climbers who have died on their way up are more easily removed, USA Today says.